For Jason Miller, interior design means creating “lifespaces” where people can relax, recharge their batteries and simply talk to others. Miller will soon be giving a demonstration of how he does this at Ambiente. Here’s a quick taster of what to expect at the US designer’s Lifespace Lounge.

“I like spaces that bring people together and create a peaceful atmosphere. They are a sort of haven of peace,” explains Jason Miller. The New York designer, who runs the Roll & Hill lighting studio as well as a workshop under his own name from his base in Brooklyn, is showcasing his interior design concepts at Ambiente. We look forward to experiencing his café concept in Hall 4.1.

The term “Lifespace” comes from an interior design book published back in 1975 that Miller often uses as a reference. “A lifespace is a place of refuge that not only safeguards but also promotes the greatest possible development of an individual’s potential”, Jason Miller quotes the authors. “Just as each life is both an independent entity and part of society, a lifespace is both a unique place and part of our environment. Even if we cannot completely escape from interactions with our environment (which most of us certainly would not want), everyone can create their own safe haven – a place and an aura that give us the necessary peace and energy to develop fully.” 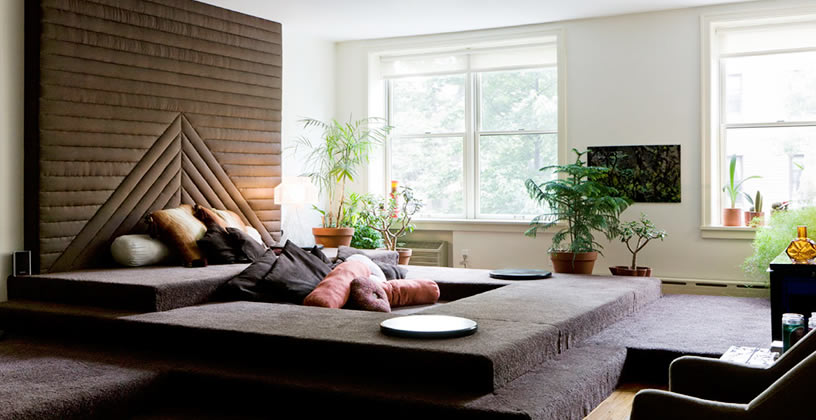 Brought up in Darien, Connecticut, Jason Miller admits that this suburban background, as well as the interior design of the 1960s and 1970s, continue to inform his design concepts. He emphasises, though, that his attitude towards utopias tends to be fairly sceptical. “However, that’s not the case when it comes to my home,” he says. “Furniture often tends to create barriers and cause disruption.” A sofa placed, for instance, in the middle of a room can act as a wall around which you have to negotiate – and the coffee table in front of it could represent a second wall, explains Miller. Nevertheless, people naturally want somewhere comfortable to sit down and rest their drink. “You have to balance these things precisely. There are environments in which you want to be able to sit down and set things down, but without creating barriers. What I want to achieve is the greatest possible freedom for movement, communication and inspiration. The Lifespace Lounge is based on this idea of using the furnishings to support rather than interrupt the positive energy flow. That’s what I mean by my haven.”

His career has spanned both the artistic and commercial spheres. Miller has a master’s degree in painting and has made use of these skills in the world of advertising.  He realised early on, though, that he prefers to use these influences in a documentary manner and not as a principle for his creations. A good example of this is a mirror, on the surface of which is a painted landscape. Despite the artistic aspirations, this is a functional object – but with a touch of beauty and humour. 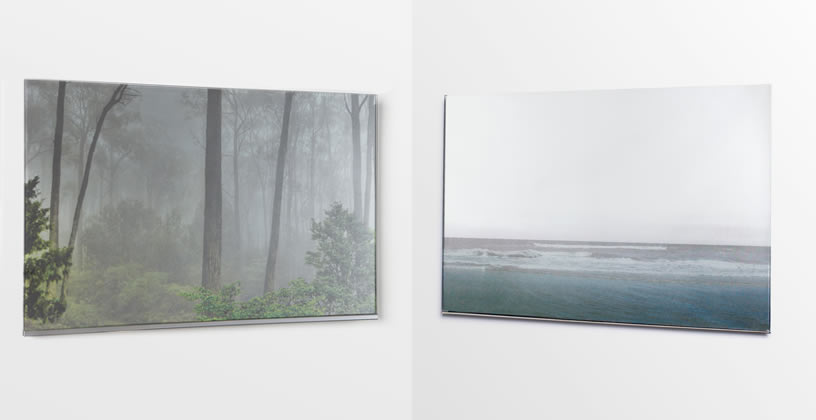 Jason Miller would also like to investigate lifespaces in Frankfurt. He wants to find locations outside the exhibition centre that serve as islands of tranquillity and inspiration for local residents and visitors to Frankfurt. Miller, who was at Ambiente in 2009, drives a German car and is a self-confessed fan of Dieter Rams, wants to explore Frankfurt am Main’s downtown “Mainhattan“, with its skyline reminiscent of its New York counterpart. Where do you go in Frankfurt if you’re young, lively and thirsty? Where are the havens of energy and inspiration? We look forward to seeing where Jason Miller drops anchor …

We’re also keen to discover the possibilities that Ambiente will offer for creating our own lifespaces – as well as a host of new design and product ideas from the USA, this year’s partner country. And of course we can take time out in Jason Miller’s Lifespace to contemplate these inspirations and ideas.