Ayush Kasliwal is one of India’s top product designers. He curates the 2019 Ambiente partner country presentation. His designs dig deep into the treasure trove of traditional crafts, while simultaneously showcasing a commitment to the modern. This approach proudly goes back to the future, and results in an astonishingly urban minimalism with a lot of Indian soul. In our interview he explains how tradition can underpin sustainability. 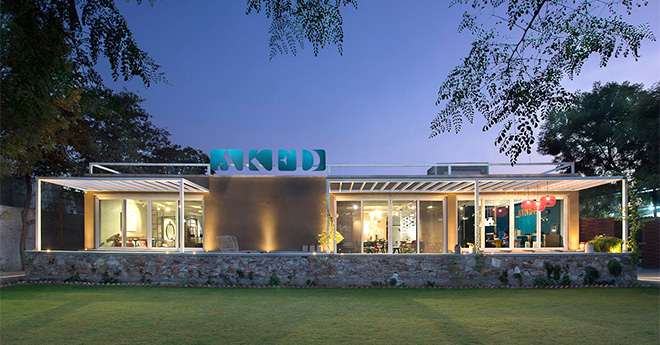 Jaipur is an Indian metropolis well known for its majestic sights. On a journey through the city, modern and industrial buildings rub shoulders with historic palaces. Ayush Kasliwal founded the AKFD Studio in this multifaceted city, having studied at India’s leading National Institute of Design in Ahmedabad. The 44 year old’s own work combines a contemporary aesthetic with local crafts that have developed over many centuries. His ideas are implemented by artists and craftspeople from across India. Ayush has created side tables inspired by traditional bowls for kneading dough. From their sustainably harvested mango wood tops to their recyclable steel tripod legs and their environmentally friendly water-based glaze, these are fully in line with the ideal of sustainability. The Bowl-inspired table top is manually shaped by an ancient Indian community of wood turners, the Kharadi.

So you studied furniture design in a country which doesn’t have a strong tradition of furniture making.

“True. Until 50 years ago, most Indian households did not contain any furniture. You sat on the floor, that was our tradition. Original reinterpretations of objects really interest me. The Bowl Table is one example – you can remove the legs and use it as either a large tray or a bowl. The table’s design also speaks a pared-down Scandinavian design language. In fact, I designed it for a Danish label; our studio thinks globally.”

How does your homeland manifest itself in your designs?

“There are the techniques, some of which are very old; the materials also inspire me – partly due to their natural colours. These are primarily various types of wood, but also copper, brass, bamboo and jute. India has a long history of working with these materials. Dyes also play a major role. Indigo, for example, has been important since time immemorial. Handmade items are the obvious choice for me, as we have such great resources in India, and many unbelievably talented craftspeople.” 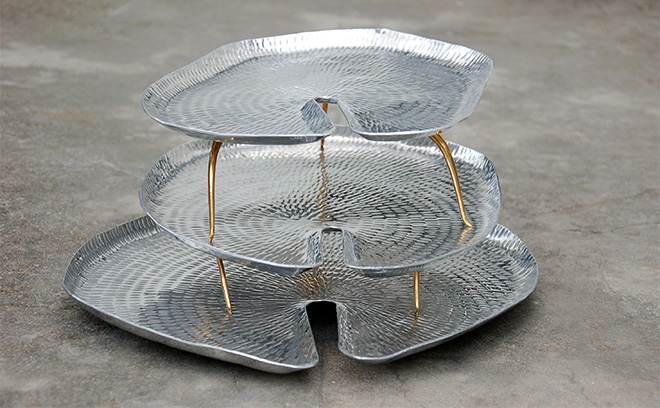 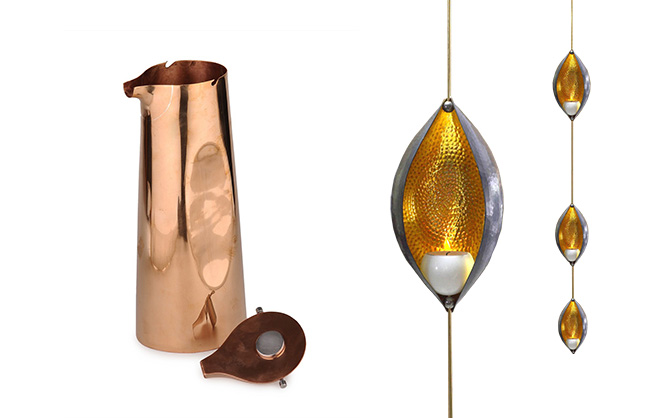 Are some designs particularly close to your heart?

“I am of course particularly attached to our award-winning designs. One of these is the Trinetra tea light holder, made from a trio of hand-hammered brass bowls. The idea references Shiva’s third eye of enlightenment. With white marble tea light holders inside, the bowls do indeed light up like mystical eyes. Local Thathera metalworkers contributed their skills to this design, which won the UNESCO Award of Excellence. Then there’s the minimalist Shiva copper jug, with matching tray and cups. In 2017, this set won the Elle Decor International Design Award (EDIDA).”

What is the philosophy that informs your work?

“Objects are messages that have taken physical form. All the things around us state who we are, and this message is just as important as the object itself. Our studio’s philosophy is: ‘Never more than necessary, never less than beauty’. We pay as much attention to the underside of the chair as we do to the seat on top: it’s what honest design is all about. Sustainability is an important part of our philosophy. If someone feels an emotional connection to an object, it can promote sustainability. How long can you treasure an object you feel no connection to? Usually not very long. That’s why we design products that make a connection.”

Tourists arriving at Terminal 3 of Indira Gandhi International Airport in Delhi cannot miss the Canyon Wall installation, with its copper-coloured discs and multiple giant mudra hands stretching above passengers’ heads. Indian people understand the symbolism behind the hands’ gestures, which originate in classical Indian dance. Their effect on the large space is hypnotic. Ayush Kasliwal, as its designer, remembers the challenge this iconic display presented: “The sculptures of the hands are made of fibre glass and resin, and the discs are copper-coated aluminium. They are a big deal in both senses of the word. The installation as a whole stands for a secular, multicultural India with a rich craft tradition.”

All the mudras on display relate to communication. Which is your favourite?

“The abhaya mudra. It’s a gesture representing fearlessness. The raised open right hand blesses the recipient. The Canyon Wall shows the world something which characterises India. Mudras, dance and yoga – which I practice myself – are part of that. My religion is Jainism, and ‘ahimsa‘ is an important teaching. It is a Sanskrit word meaning ‘fully distancing yourself from causing hurt or suffering to any living being, whether in thought, word or deed’.”

Is there anything typically Indian about your own home?

“The flowers in our small garden. We grow roses and marigolds, which are orange like many Indian designs. India is all about the senses, we love fragrances in particular. A home should be a place of relaxation, and I enjoy our house with my architect wife Geetanjali and our three daughters. Each room belongs to all of us.” 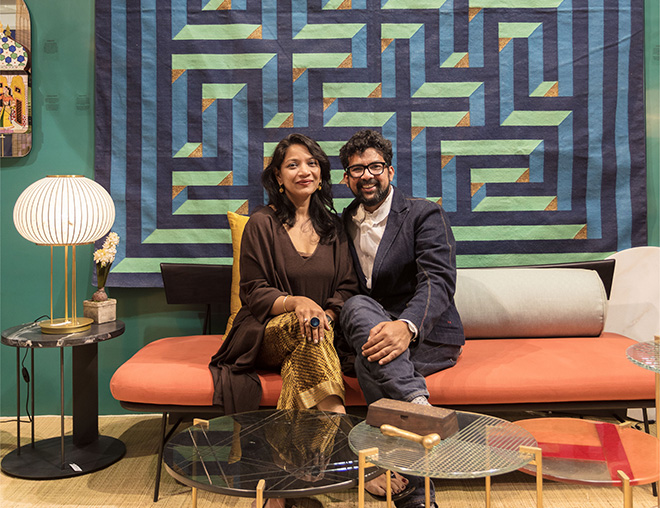 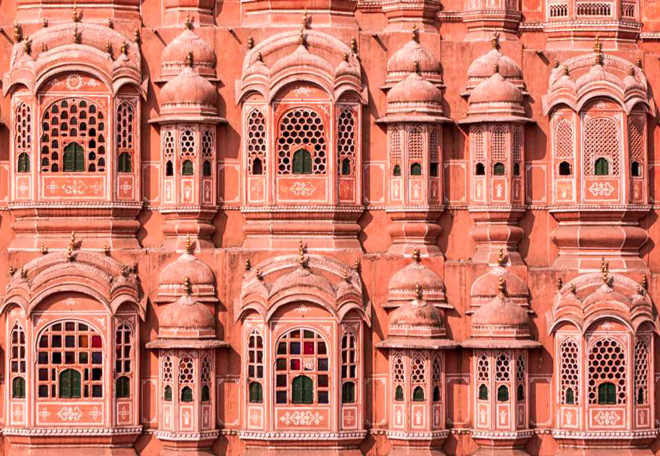 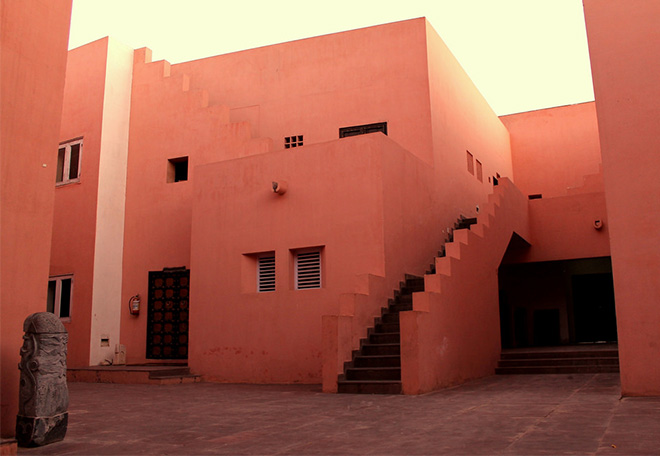 What are the must-see sights in Jaipur?

“The Pink City! Before 1876, each street was painted a different colour, then the entire old town was painted pink in preparation for a visit by the Prince of Wales, to represent hospitality. Jaipur is warm-hearted, funny and chaotic. If you particularly want to find out more about craft and design, then you should visit the Jawahar Kala Kendra, a cultural centre designed by Indian starchitect Charles Correa.”

Ayush Kasliwal sees the future as handcrafted. It represents a great opportunity for India, which he fully supports: “Many of the craft ecosystems in India still exist, they have avoided being taken over entirely by industrial mass production.” He believes fresh design and tradition are not mutually exclusive. Indeed, his Maahi Kool Bottle is a great example of this – its shape was inspired by traditional vessels and it’s made of terracotta, which keeps liquids cool for long periods. His original stopper is made from turned rosewood. His studio undertakes small-scale manufacturing and challenging craft assignments, as well as the interior design of luxury hotels such as the Narendra Bhawan in Bikaner, a former maharajah’s residence. The studio had ample resources to draw on here in terms of traditional crafts. 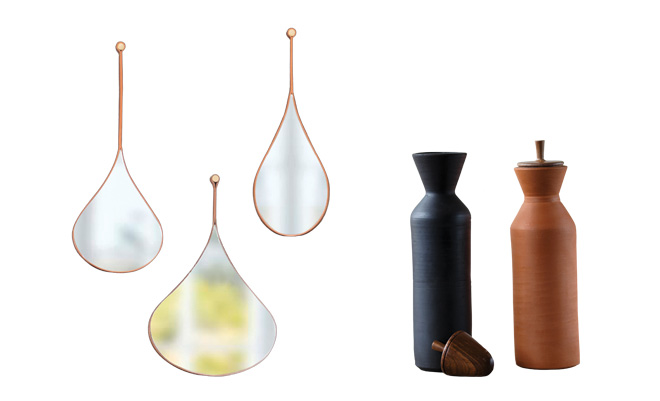 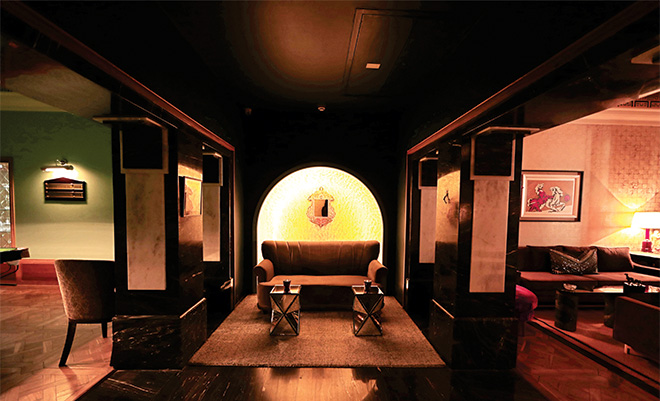 What is the current state of Indian design, what trends can you identify?

“Modern design is still in its infancy here. Young designers try to adopt Western influences, yet their designs also express a strong sense of their own homeland. India itself is so culturally diverse that it’s impossible to establish a single trend or colour.” 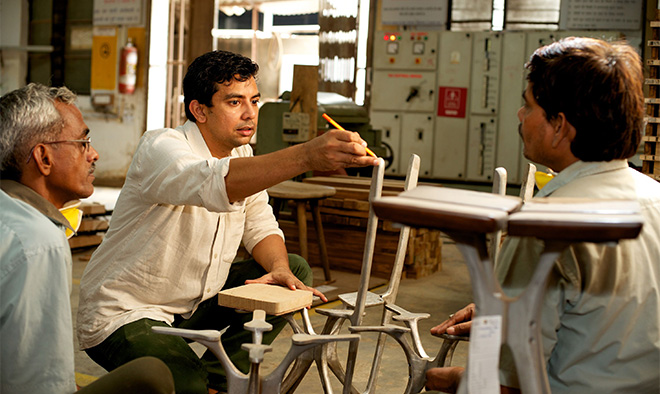 Who is your hero among Indian designers?

“Definitely Rajeev Sethi. He has been working in design and architecture, performances and festivals for decades, trailblazing so that traditional craft workers and creative artists can use their skills in a meaningful, contemporary setting. His work is beautiful and presents a very strong visual representation of India. He also builds bridges between the product and its story. My heroes from Europe include Charles and Ray Eames and Hans J. Wegner.”

How do you feel the interiors market in India has changed in recent years?

“It has developed considerably. It used to be hard to find interior designers, but now there are a lot of good people. Indian interior design is increasingly making its presence felt on the international scene. There’s a lot of interest, particularly in Italy.”

You are planning two areas for India’s partner country presentation: Handmade and Tradition. Will the show surprise us?

“We’ll be displaying objects in an illuminated, gallery-type format. Simple Indian colours will dominate the display. Our selection of products makes it clear that ‘Handmade’ is one of India’s major strengths. Visitors will see products that have been developed to meet the high expectations of the international market, as well as a wide range of traditional, authentic originals. In the Tradition area we’ll present established craft businesses as well as first-timers. Our focus here will be on ways of working and production techniques. The audience will be inspired by the highly modern aesthetic of many such products.” 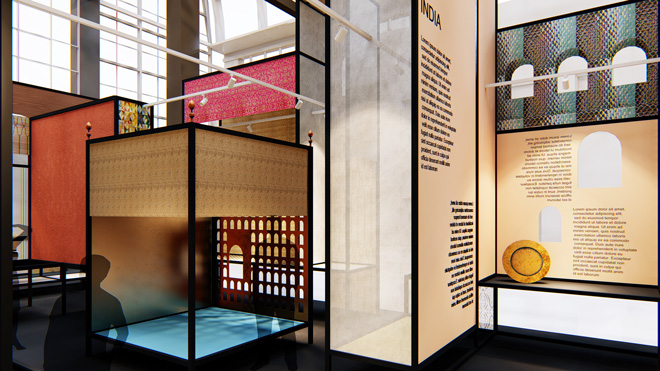