There will always be design trends. But which trends have enough substance to influence our styles for more than a single season? Which trends will last? We looked to trend bureau Stilblüro bora.herke.palmisano for answers. They allowed us to experience themed worlds, and gave us a desire to discover, explore and experiment.

Slow and steady…
“Perhaps ‘trend’ isn’t the best word for what we’re seeking,” says Claudia Herke. “We’re not documenting short-lived fads. We filter out those long-term aspects that characterise a sustainable style from among all the other strands and influences. We ask ourselves: which are the fashions with future prospects?” Often the answer lies in what’s tried and tested, in rediscovering, retaining and revamping designs which worked in the past and enthused us. “No matter whether you’re looking at playfully romantic or sleek high-tech styles – you’ll always find products that are both functional and desirable,” explains Annetta Palmisano. She agrees with her partners Claudia Herke and Cem Bora that it’s great how high people’s design standards are these days for contemporary products and consumer goods, be they designers, manufacturers or consumers. “That’s what makes our quest for meaning and value succeed, again and again.” 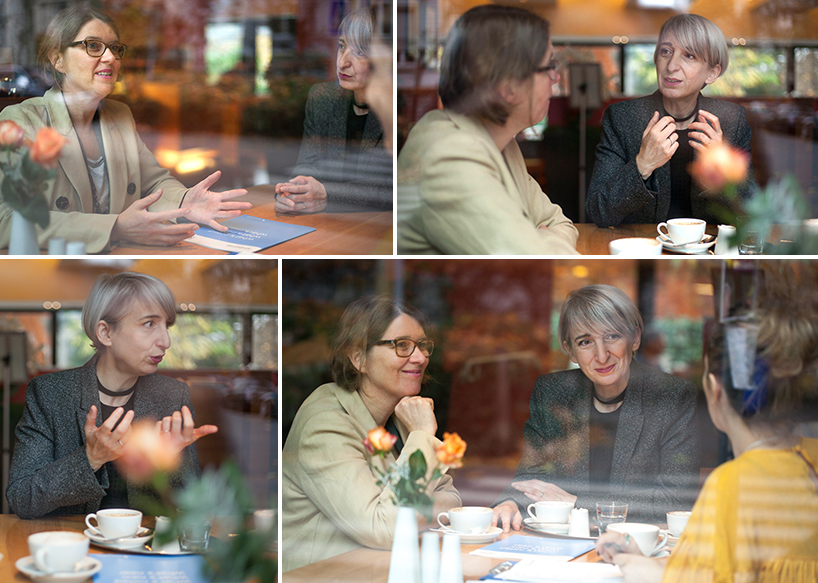 Inspiration knows no bounds
We met Annetta Palmisano and Claudia Herke in Frankfurt’s Palmengarten. This autumn was so mild and sunny, the botanic garden in Frankfurt am Main was truly resplendent in the colours of an Indian summer. En route to the Palmenhaus, they stopped repeatedly to admire the rich reds and glowing yellow touches to the foliage. The designers were fascinated by the many facets of nature, surrounded as they were by palms and exotic vegetation in the beautiful greenhouse. They explained that architects and designers have always found inspiration in nature, both in terms of aesthetics and function; they explain that trend spotters really do need to keep their eyes open at all times. That means scouting beyond the trade fairs, fashion events and shopping streets. Like everyone else, designers need somewhere they can recharge their batteries – be it a museum, a lovely park, favourite café or travel destination. For Annetta Palmisano and Claudia Herke, that role is fulfilled by Tokyo, where they travel together each year. “The city offers everything we’re looking for,” says Claudia Herke. “We always find something new, something we’ve never seen in Europe. There are tongue-in-cheek fashion trends, extraordinary store designs, and lots of Asian culture.” This contrast between neon lights and ancient temples, cosplay and tea ceremonies, makes the Japanese metropolis endlessly alluring to Annetta Palmisano. “Although at first Tokyo seems crazy and hyper-modern, you can find oases of peace all over, and evidence that Japanese people know how to treat their heritage with care and respect: for example they treat traditional production processes as cultural treasures.” 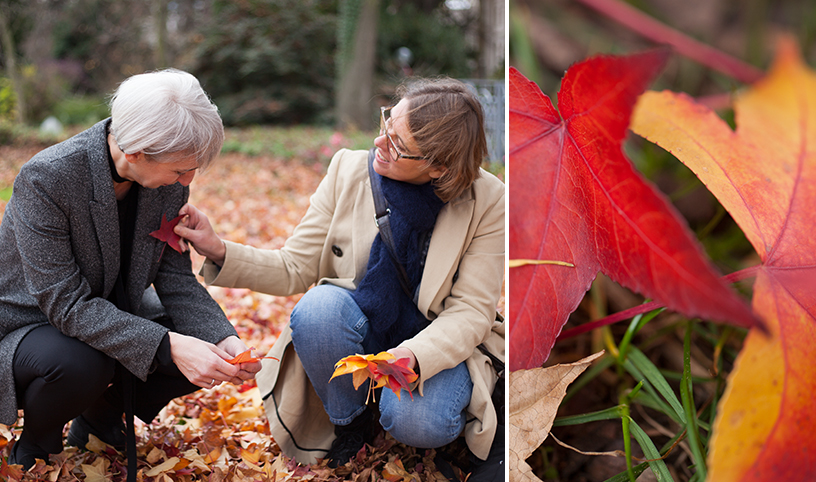 Hunters, gatherers, set designers
The trend bureau Stilblüro bora.herke.palmisano was established in 1990 and does not simply restrict its global investigations to the areas of architecture, art and fashion; influences also pour in from street style, youth culture and food trends. Their mood boards feature runway looks, illustrations and glossy magazine shoots alongside snapshots of unusual locations, event flyers and pages from cookbooks. Indeed the style experts pay as much attention to the set design at the annual couture shows as they do to the cut, colour and fabric of the clothes on display. In fact, between 1999 and 2004 they created their own fashion collections, shown on Paris catwalks and available in famous concept stores such as Colette and Le Bon Marché. Even then, fashion design graduates from Frankfurt Annetta Palmisano and Claudia Herke, together with Berlin-born Cem Bora, found it important to think and act outside any individual genre. Creating sophisticated ladies’ fashion depends not just on fine materials and fabrics, but also on accessories such as jewellery and furnishings that match the mood and theme. This totally chimes with the fashion label’s name: ‘Things we like’. 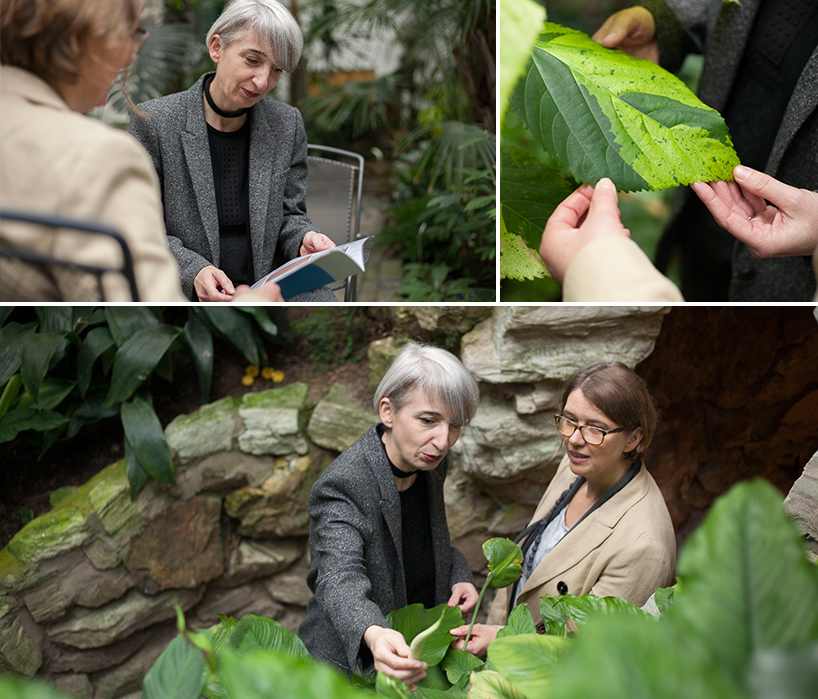 It’s showtime!
The design team from Berlin and Frankfurt has always gathered its inspirations from fashion designers who take time to look around and view the whole picture. Both in person at prêt-à-porter shows and, with the advent of the internet age, via online streaming of major runway events worldwide. Names like Raf Simons, Alber Elbaz and Nicolas Ghesquière crop up in conversation, and of course Karl Lagerfeld, whose productions “are always groundbreaking”. The emphasis is on staging, this is crucial. As Annetta Palmisano says, “Our work is highly sensory too. Trends represent moods, the zeitgeist. You can’t simply analyse and document these; you need to find a way for people to experience them.” That’s what bora.herke.palmisano do, with sets and installations at trade fairs and other events worldwide, including the annual Trend Show at Ambiente. When you ‘stage’ a trend, explains Claudia Herke, you embody the emotional side of the fashions you’ve researched and collated, you recreate moods and feelings which will ideally appeal to all our senses. “We bring these themes to life.” How do they do it? Using products from exhibitors at the fair which the trend spotters see as representative, but also using flower pattern details, relevant food arrangements, collections of bric-à-brac, objets trouvés and souvenirs, and even items designed by the style consultants themselves, such as the wallpaper. The influences are many and varied, as is the scenery. “People should be able to grasp what it’s about, even while they’re walking past. It should entice them, too – like when you look in a great shop window.”

Evolution, not revolution
It’s a long way from the designer’s sketch pad to the shop display. The trends need to be established and pass the trend bureau Stilbüro bora.herke.palmisano test. “We sometimes track these developments over several years,” says Claudia Herke, recalling the first Raf Simons collection for Jil Sander. “As so often, fashion opened the door to a colour trend which some designers had toyed with two years earlier. Now it’s no longer unusual to see for example a high-end home appliance in a stunning colour.” Care must be taken, especially with colour, to ensure people don’t quickly get fed up with looking at it. But in general, the hunt for trends needs to be conducted objectively, with the right critical distance. Annetta Palmisano adds: “You need to make a clear distinction between the desire for new, sensational items to fill design and fashion magazines week after week, and an understanding that each trend is a development.” So it’s evolution, not revolution. A trend is defined as a long-term influence on a wide variety of areas and experiences in people’s lives.