The next Ambiente is set against the background of the Stars and Stripes as this year’s partner country is the USA. Here we introduce the American designer Scott Henderson.

Scott Henderson is the designer of the partner country presentation at Ambiente 2015. Brooklyn-based Henderson showcases the USA and the “American Way of Life”. The common thread running through Henderson’s work is its emotional aspect. People like his products. The reason for this lies no doubt in their playful, almost childlike design. However, they are always also highly functional. Henderson combines the sensible and the sensual to create a logical composition.

His works cry out to be grasped – both physically and intellectually. He himself says: “I try to create concepts that are strong enough so that people can see them quickly, and when they do see and understand the idea I have built in to the design, they feel smart, because they “get it”. We all like to feel smart and when we do, we feel happy. A consistent goal in my work is to generate that effect—to make people feel smart and therefore happy.”

A good example of this is the practical Splash Bottle Dryer with its centrally positioned bottle brush, which looks like a splash of milk caught in mid air – just the thing for a baby bottle holder.

Just as clever and cute is the COINK piggy bank. This little animal is designed to accept coins – and because we normally have quite a lot of change in our trouser pockets, the COINK has an easy-fill funnel rather than the normal time-consuming slot. 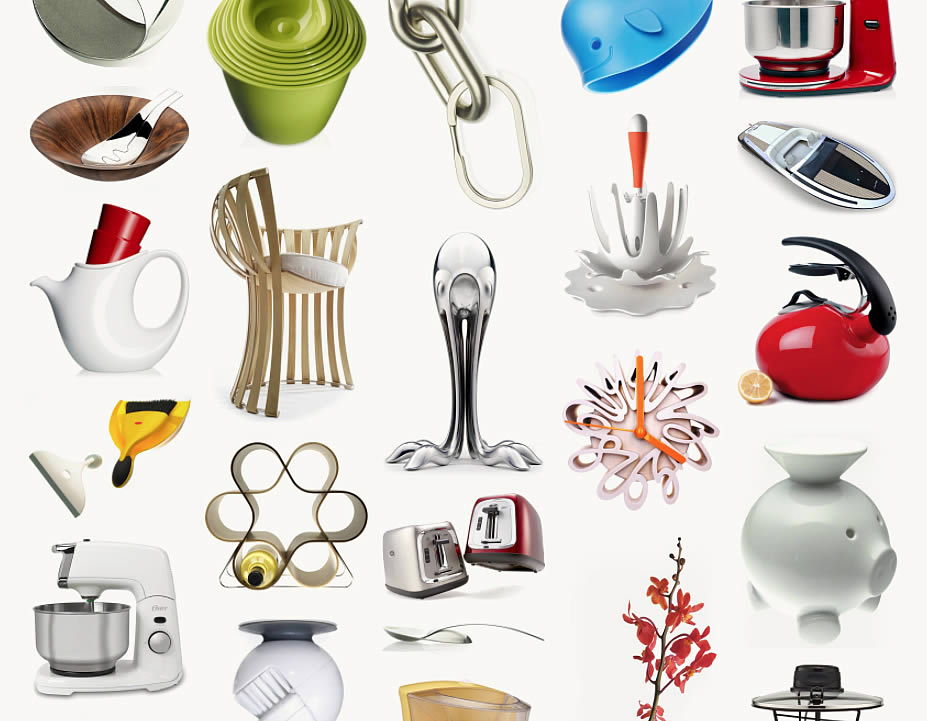 Henderson has already created an amazing variety of objects. He has designed clinical thermometers that display the temperature using a traffic light system, bath tap covers that make bathtime fun and safe for little ones, tea sets that you can carry with one hand, toasters, chairs, ice machines, air cleaners and fans. His everyday objects are genuine works of art – and it’s no surprise they can be found both in museums and in Walmart. We are keen to see what this multi-talented designer will be bringing to display at Ambiente.