Hollywood Regency is the only style to walk the tightrope between minimalism and excess without descending into kitsch. And what better season to sport this style, whether on clothes, tableware or accessories?

The ingredients in the Hollywood Regency mix are strong contrasts, rich colours and luxuriant textures. It’s a style which harks back to Hollywood’s golden age, and manifests itself in lavishly decorated spaces, where black-and-white zigzags meet walls of mirrors, while animal prints such as zebra, leopard and snakeskin meet complex floral-print rugs, table decorations and cushions. According to American designer Rochelle Greayer, Hollywood Regency “is glitz and glamour clad in varnish, chrome and reflective surfaces. Each and every detail must say ‘luxury’ and make us feel that this is a place for beautiful people, probably clad in satin kimonos and sipping cocktails.”

In America in general and California in particular, this Hollywood Regency style is firmly established in the design repertoire. Contemporary designers such as Kelly Wearstler and Jonathan Adler have made this the core of their work: they combine Hollywood Regency with mid-century furniture, or smuggle it into brutalist constructions. Fine tableware, exotic napkin rings and golden decor add a filmic sheen even to spaces which don’t dare glam it up to the max. 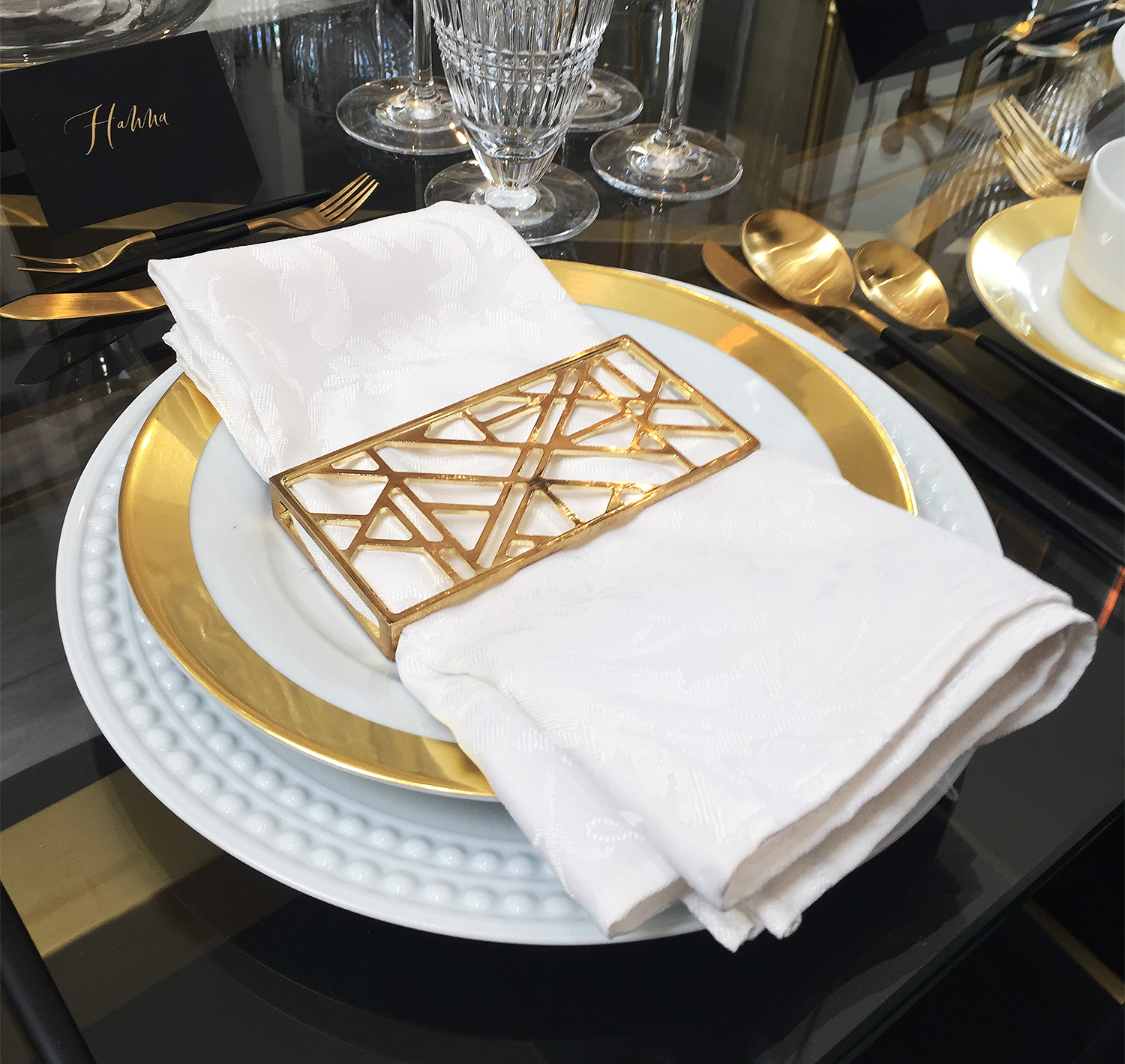 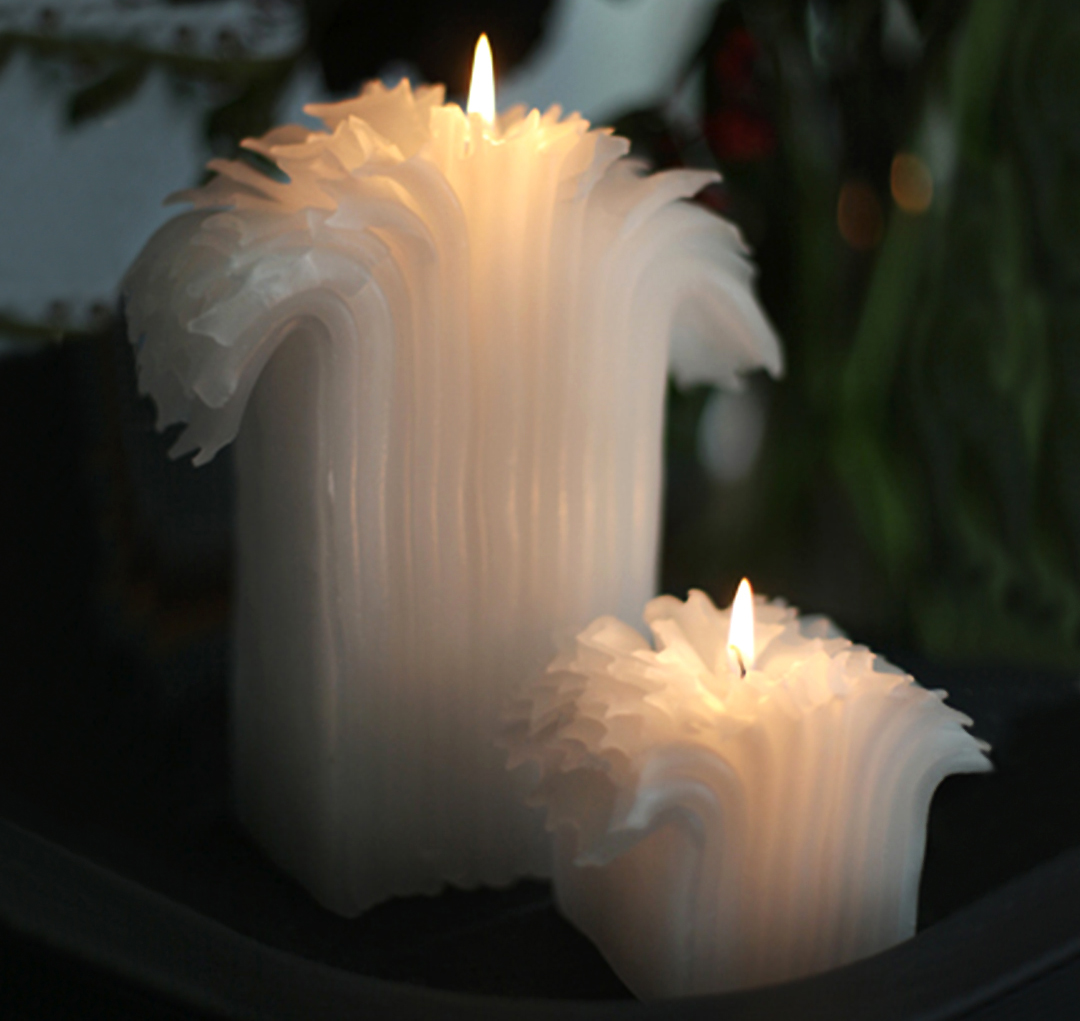 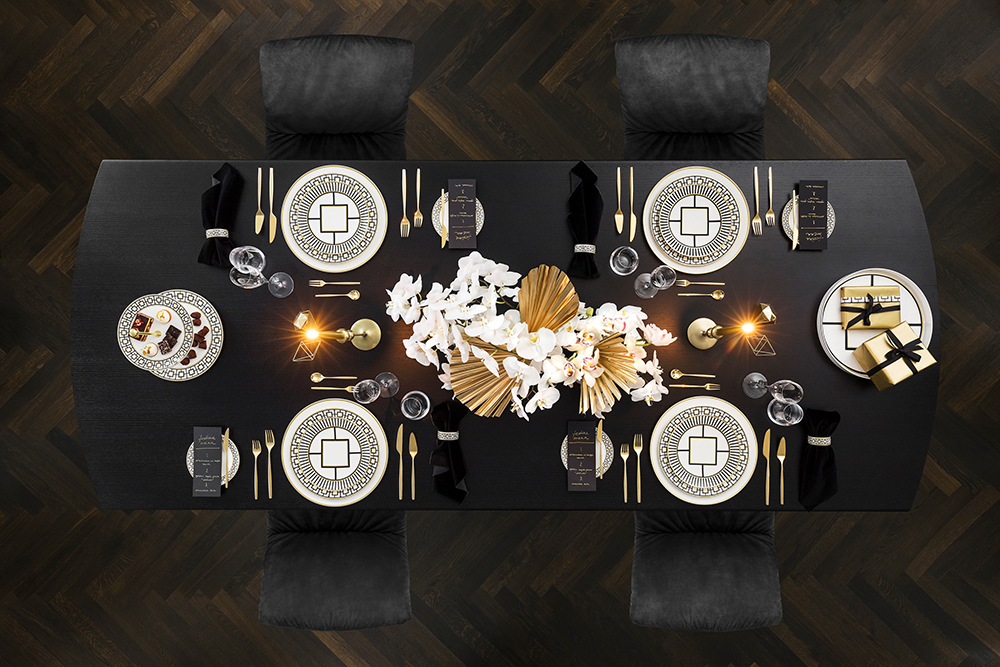 A style which puts people centre-stage

Just like the movies, the Hollywood Regency style brings a sense of escapism, of dipping into a whole other world full of exoticism and avant-garde, opulent materials, rich textures and elegant shapes. This makes the style perfect for the festive season, the time for staging everything ‘just so’. New designs not only bring Hollywood Regency bang up to date, they’re also ideal gifts to make any room shine. Look again at these baroque frills from Schlittler, and you will see they are candles; this dramatic porcelain by Villeroy & Boch, with its shiny black and gold decoration, looks like it might steal the show from the guests at your dinner party – but stops just short. 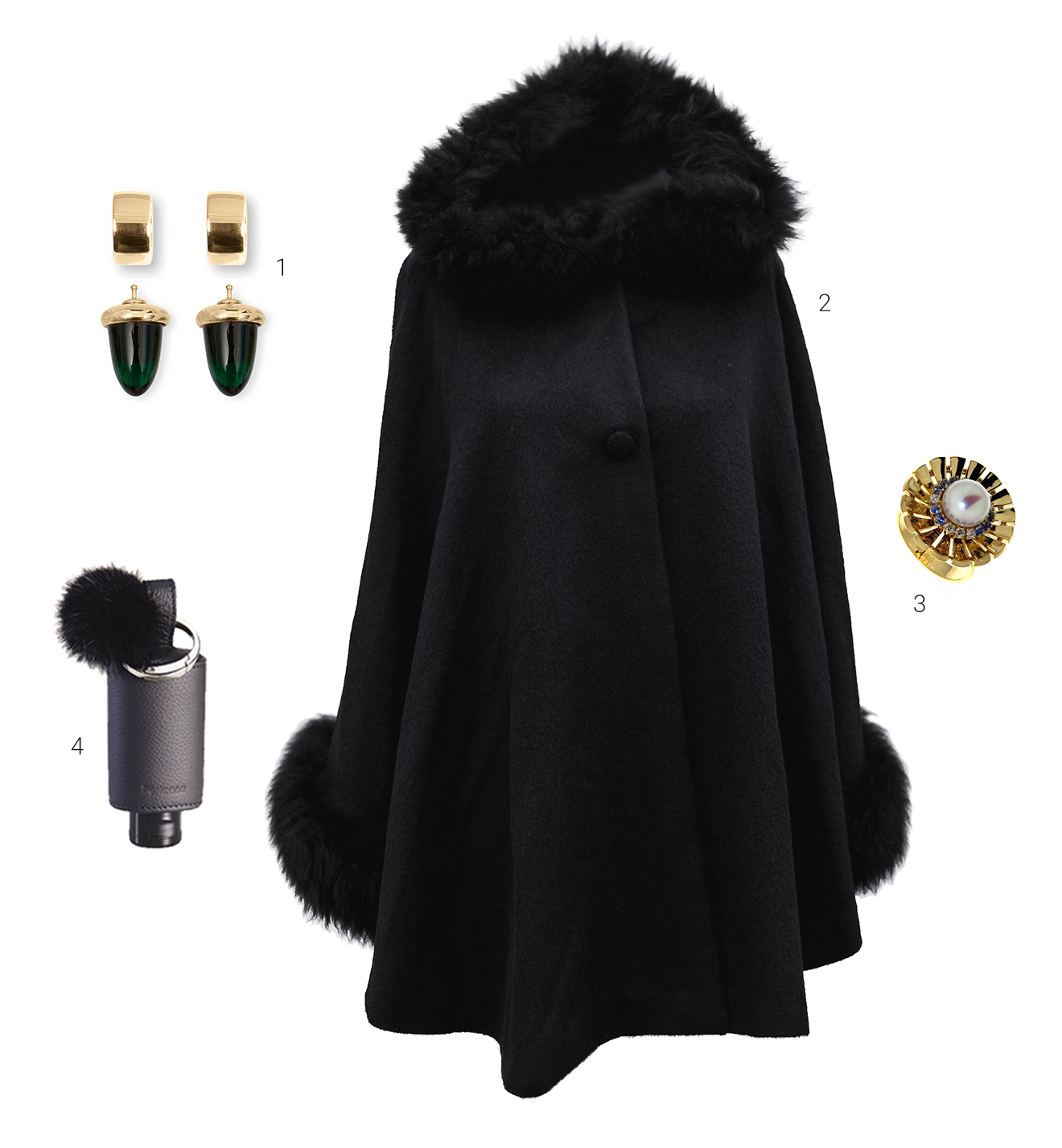 Hollywood Regency puts people centre-stage like no other style we can think of. A touch of glamour is always called for here, whether it’s this cape by Textilan or these emerald-green earrings by Heide Heinzendorff. 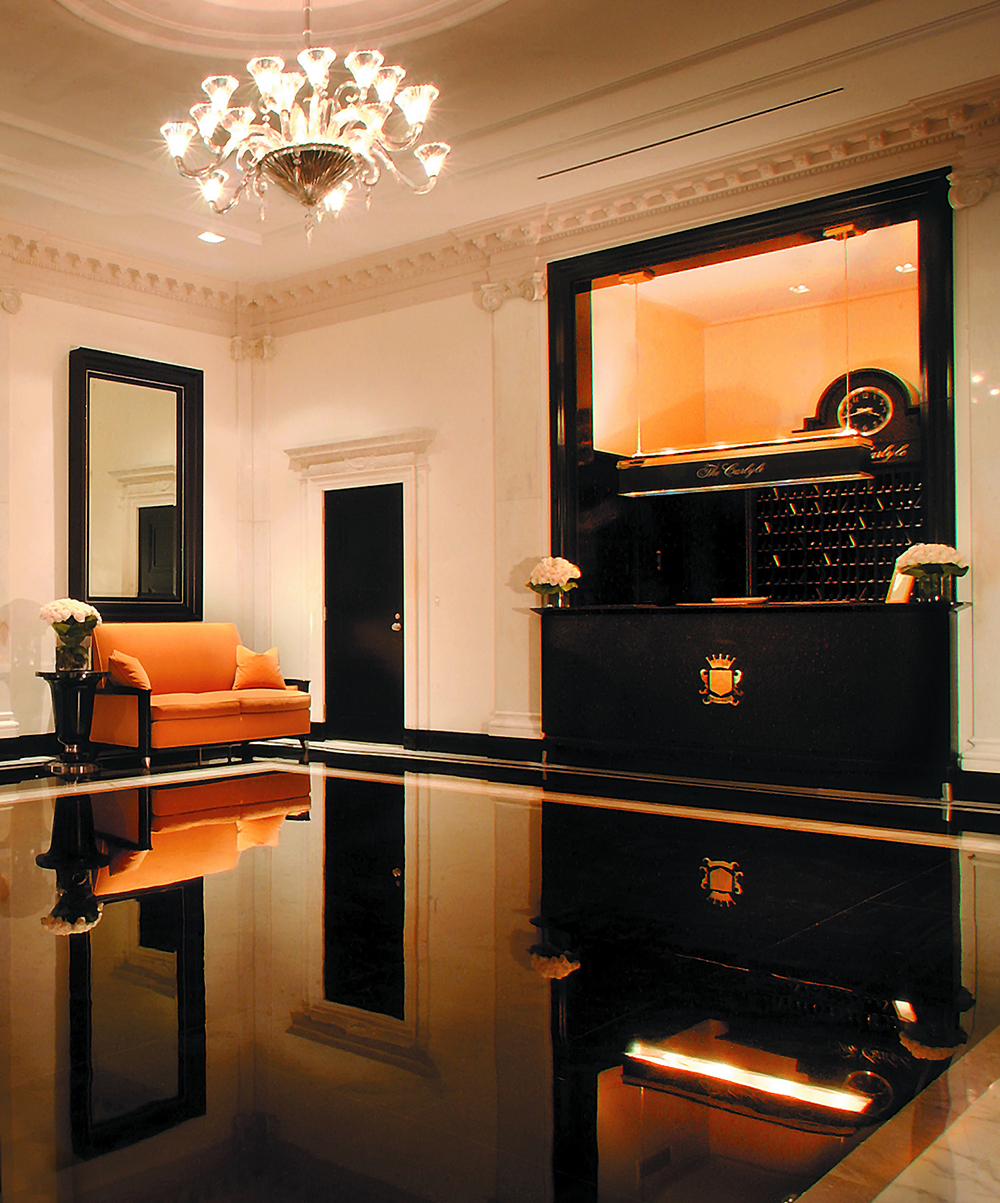 The Carlyle, A Rosewood Hotel in New York, USA 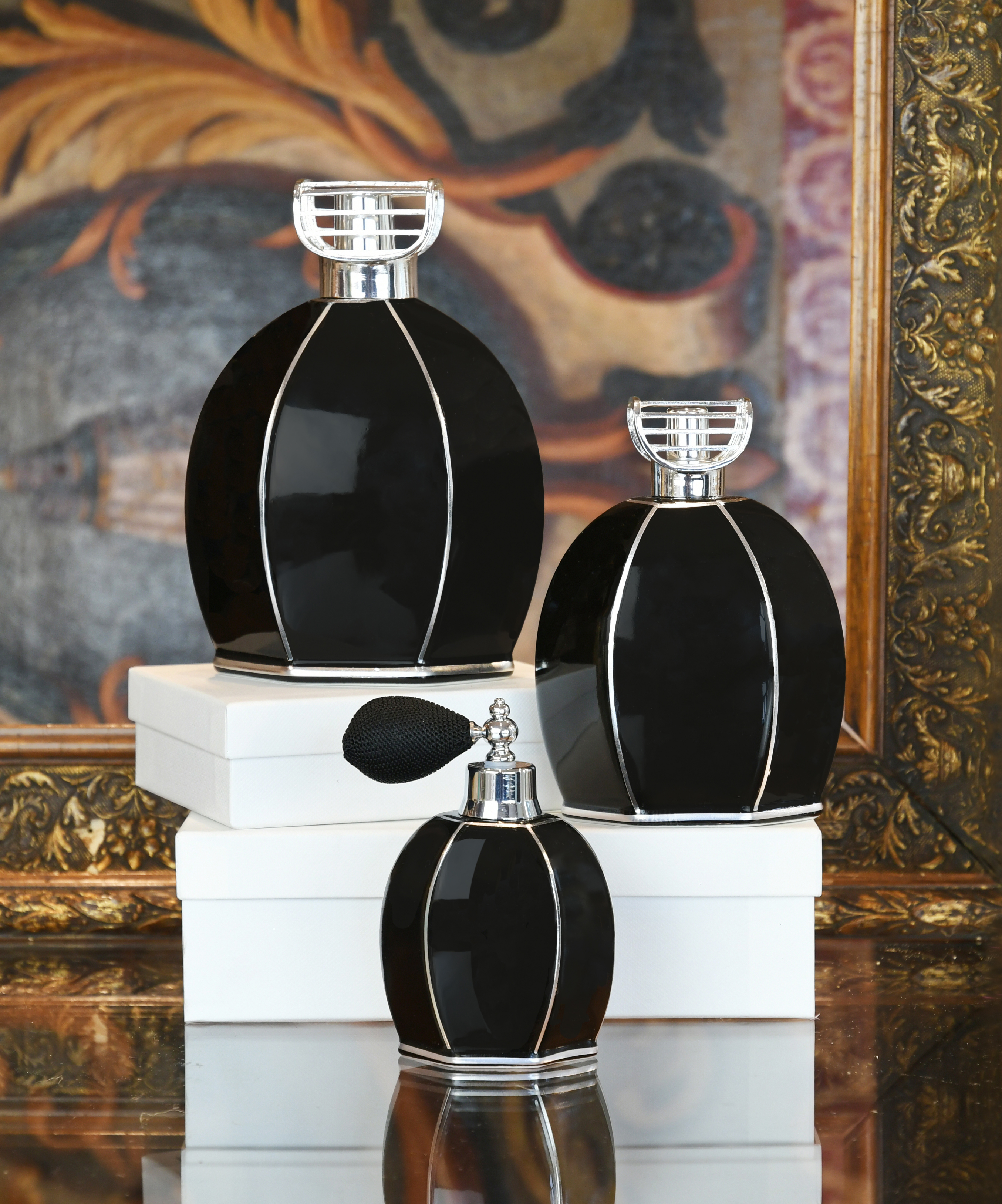 Nearly a hundred years ago, in Hollywood’s golden age, producers and directors were on the lookout for film sets to portray their dream worlds, oblivious to the aftermath of the great depression. Designers such as Dorothy Draper and Billy Haines decorated their own homes with great opulence, too. Dorothy Draper also made her mark on hotels. One of the best known is ‘The Carlyle, A Rosewood Hotel’ in New York, which still today bears her signature Modern Baroque style, comprising geometric patterned marble flooring and classical busts. Draper, one of the major designers of the early 20th century, came from a wealthy background and had often travelled to the UK. She opened America’s first interior design studio in 1925. Draper’s designs became ever bolder, and soon people were talking about the ‘draperisation’ of design. 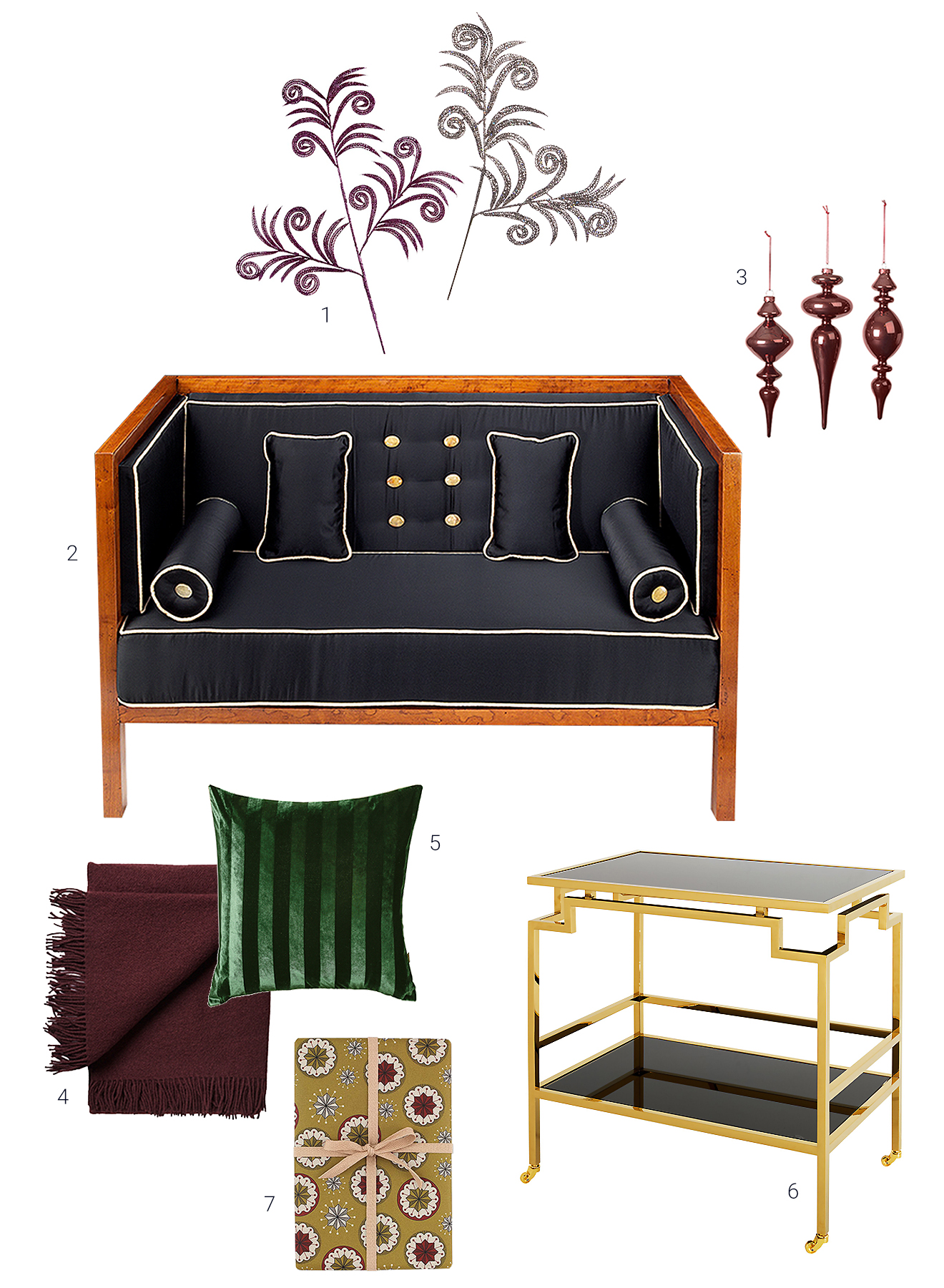 A self-assured mix of styles

Draper’s competitor Billy Haines really knew how to stud his striking spaces with objets trouvés from around the world, to show how refined his clients were. In today’s internet age, this is an option for us mere mortals who don’t employ an interior designer. At Christmas time, little things like the right gift wrap or tree decorations make a big difference. The Regency style also emphasises accessories in general. The antiques, decorated mirrors, unusual art deco materials, Chinese vases and bamboo pieces not only gave rooms a touch of adventure, they also showed off the owners as cosmopolitan art collectors.

With each decade that has followed since the 1930s, Hollywood Regency has grown and changed a little. This style succeeds because of its self-confidence: it assimilates other design trends, while also remaining aloof. Hence the hints of decorative opulence have a lot in common with the late baroque or rococo styles – which on their own would be too grand and theatrical. The metal and glass elements used here are reminiscent of art deco and futurism, while the floral influences draw strongly from the Scandinavian design tradition which focuses more closely on nature. 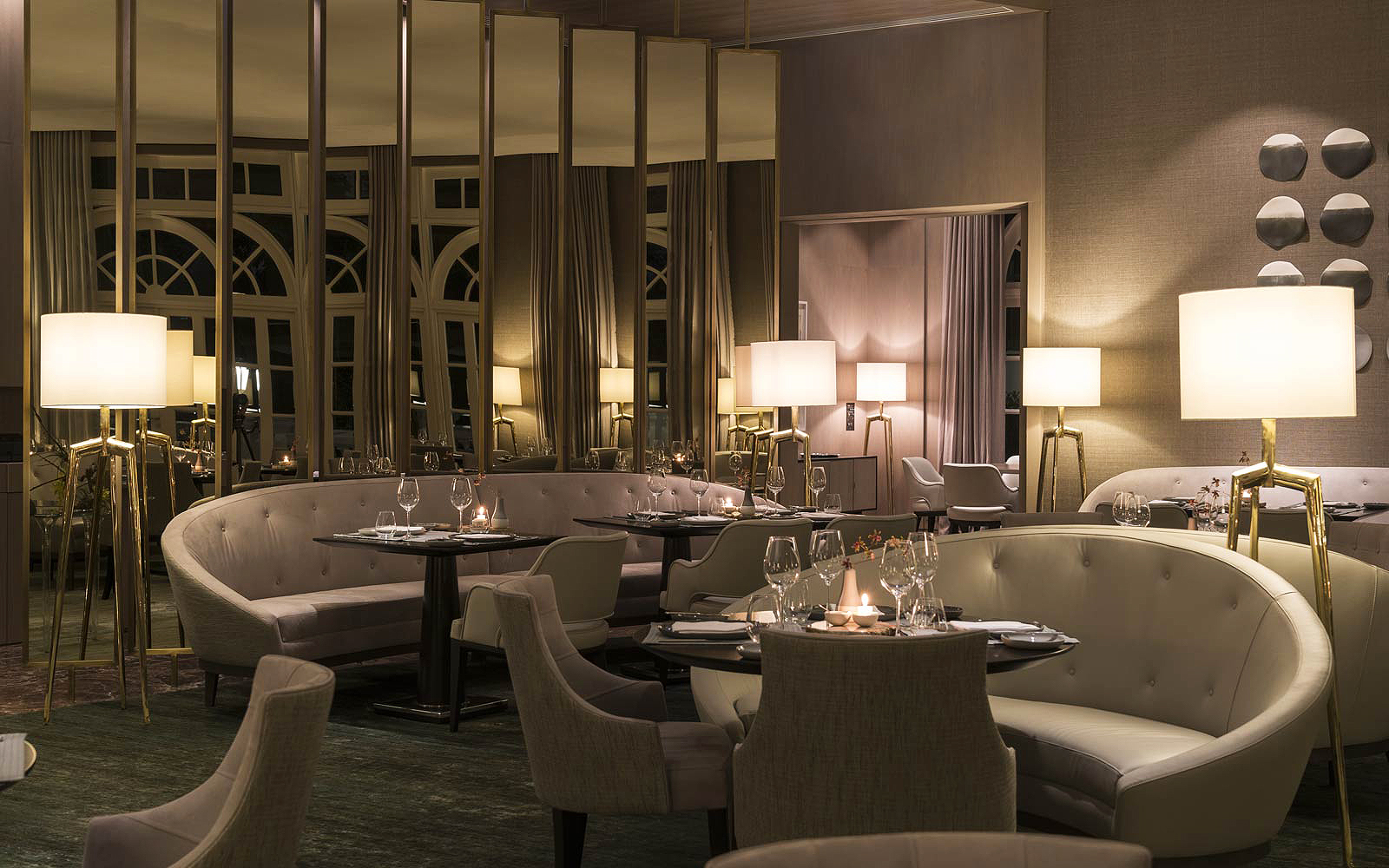 Glamour and eclecticism with a wink

The versatile Hollywood Regency style with its cheeky eclecticism is just right for our era: this style combines many design directions (chinoiserie, neoclassical, art deco, modern art), without turning them all to mush. It radiates refinement and confidence, without taking itself too seriously. Hollywood Regency’s charm lies in the way it gives each room a personality. The dining room at the Tangará Jean-Georges restaurant in São Paulo gives the Regency style a modern twist. Its large windows frame the tropical landscape, while its interiors are devoted to personal interaction and appear especially sophisticated with their interplay of different styles and periods.

Hollywood Regency is one of the most long-lasting styles to emerge from the 20th century – after all, our pop culture idols and their styles still influence us today, perhaps even more so than in the recent past. It is very accessible, since this style is determined by simple design principles rather than specific design classics. And it’s not just for women: men might also enjoy a bag from the dutch label Hester van Eeghen or a fine Regency style drinks bar. If you think it’s over the top, listen to what Dorothy Draper always said: “If it looks right, it is right!”.