Beautifully formed arches were common in buildings in almost every era until they were deliberately rejected after the end of the Second World War. The multifaceted possibilities of arch design, however, are now experiencing a comeback. And it’s particularly exciting when it comes together with the corrugated cladding look.

A tradition of curves

The round arch is a stylistic element that has been used again and again throughout almost all periods of architectural history. For a long time, it was in fact the only way to bridge larger spans. The Colosseum with its 240 round arches is still to this day a marvel of Roman engineering. In the early 20th century, however, the round arch was discarded because it was no longer structurally necessary and also did not fit visually with the spirit of the age. Furthermore, the use of arches in the architecture of National Socialism, for example on the facades of the Führerbau in Munich, resulted in the almost complete rejection of the style by modern architects. After the Second World War, straight lines and rightangles dominated the planning of buildings. It was not until the 1980s that architects occasionally and diffidently began to design round arches again, but without creating a lasting trend.

Arch design is looking up

Arches are definitely on the rise these days. You can find them more and more often on furniture, accessories or as popular decorative features in shops and hotels. Especially in the interior sector, arch design is a welcome change from the sober minimalism that has dominated our living spaces for so long. In the rebuilding of Frankfurt’s old town, architects have taken up the motif of the round arch, not just in their reconstructions, but also in the design of new buildings. It is also noticeable that arch design is particularly popular in the tableware sector: OYOY has used the arch shape in its placemats, Umbra in its napkin holder and Sambonet in its serving tray. 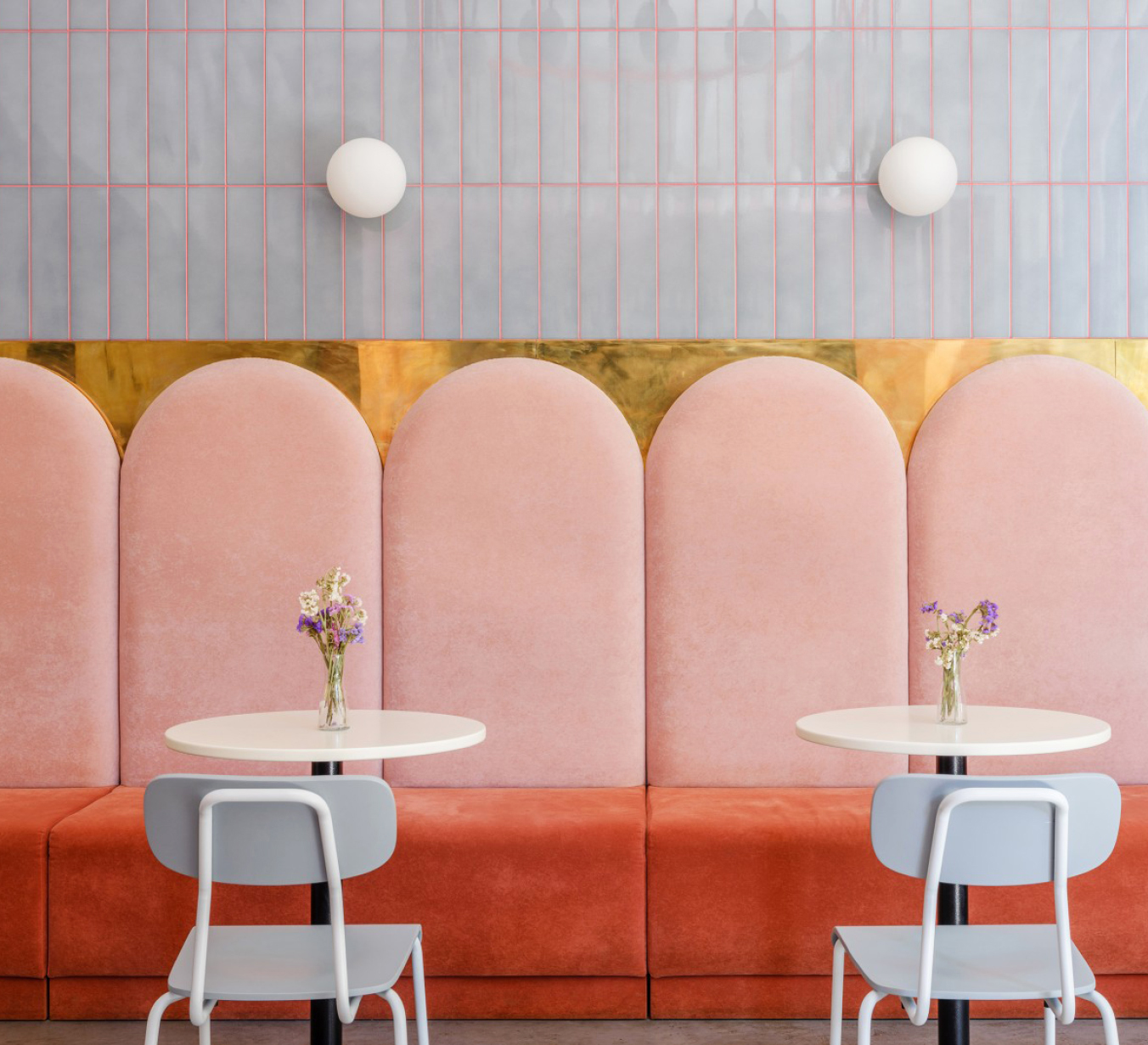 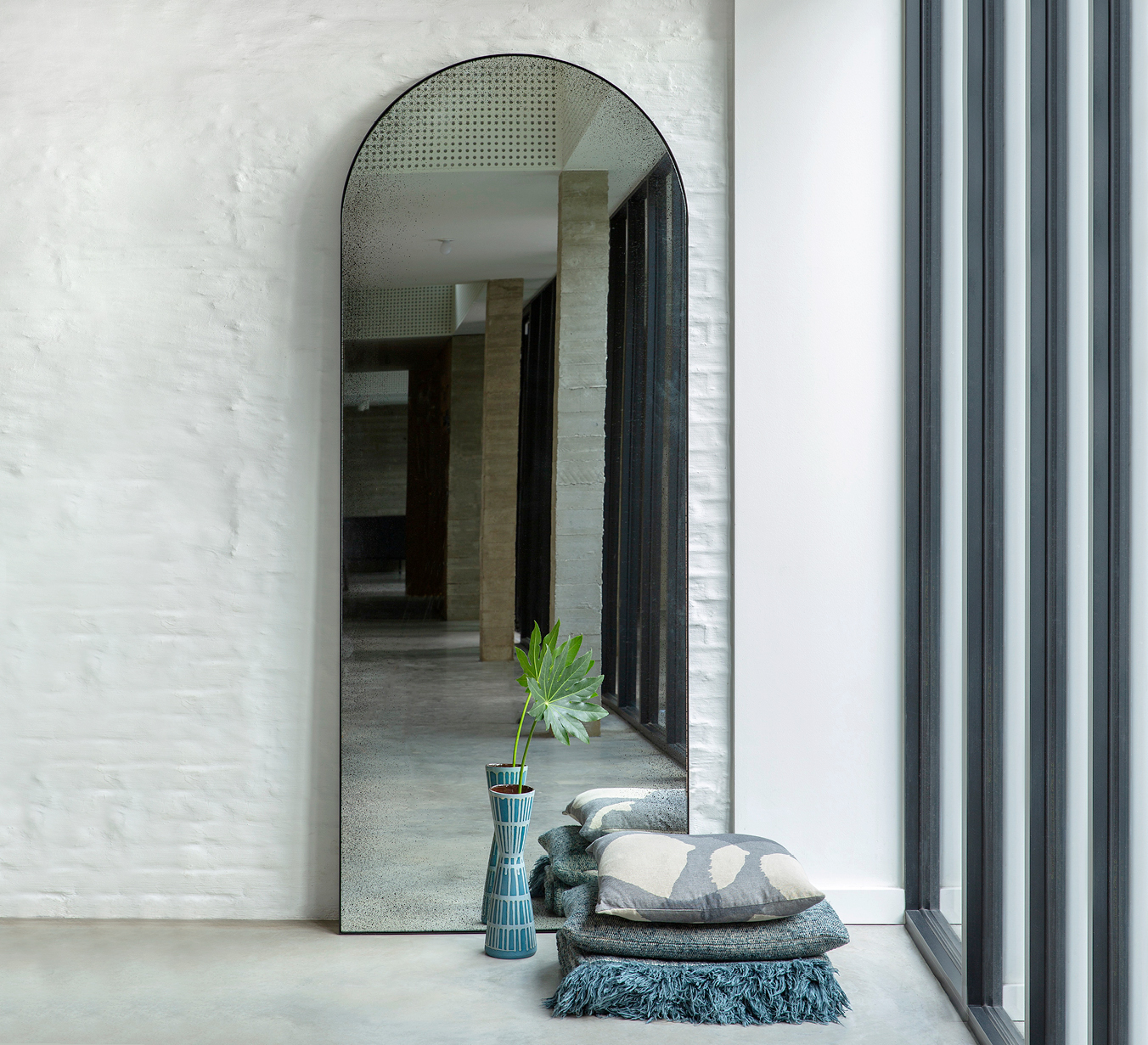 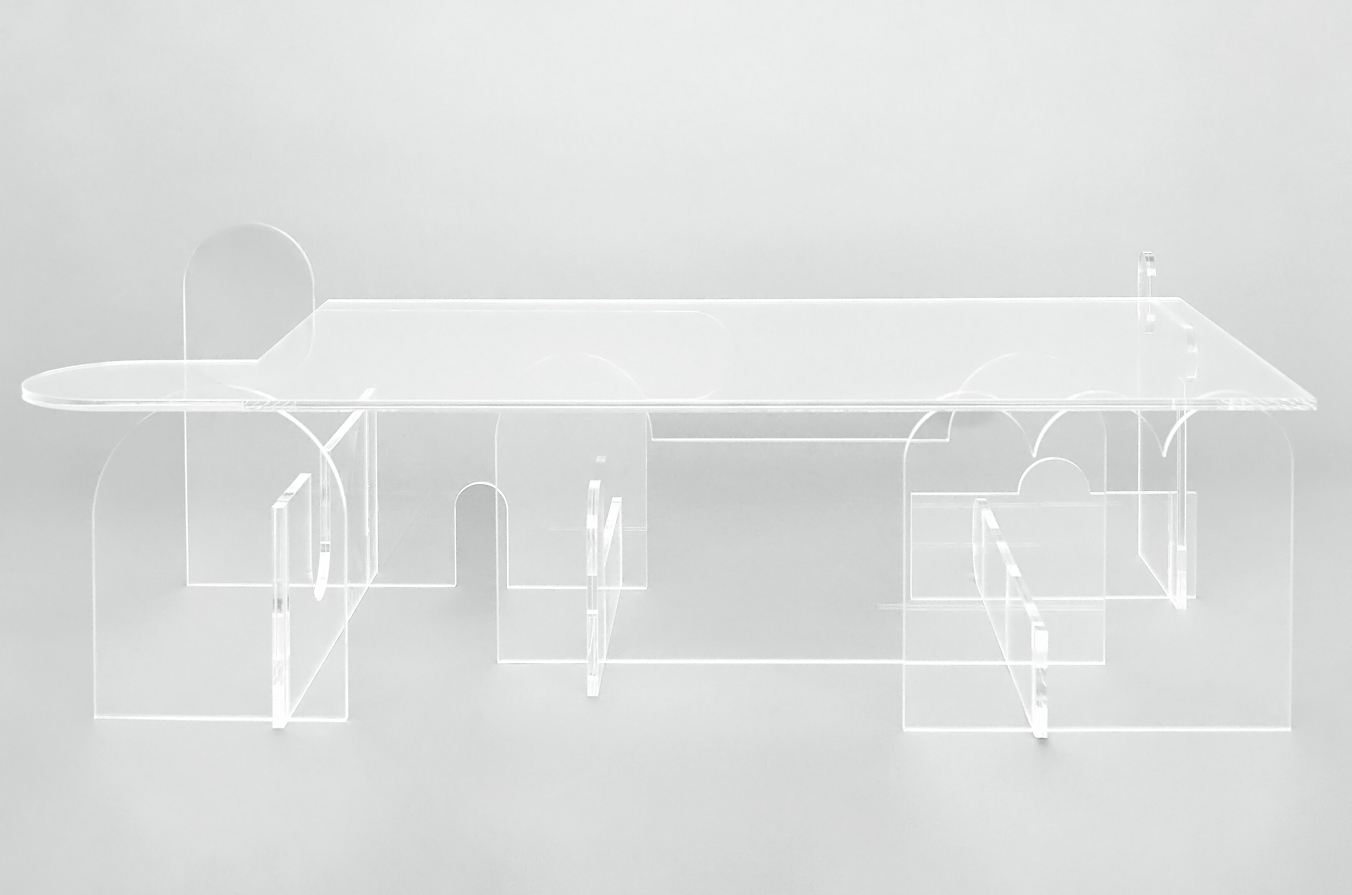 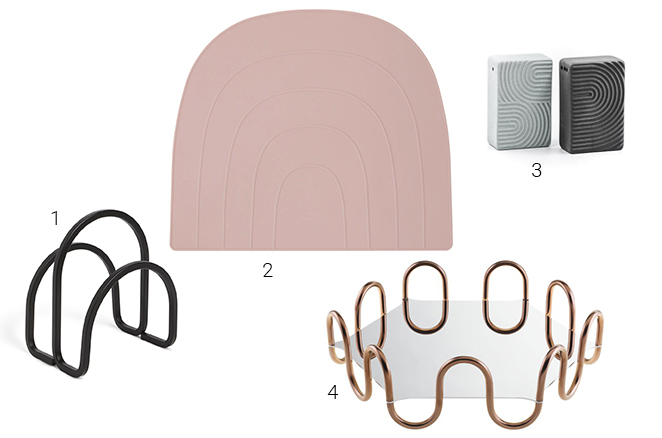 The true queen of this style renaissance must be Parisian designer and interior architect Dorothée Meilichzon, who has thoroughly dusted off the international nightclub and hotel scene in recent years with her chic vintage style. Each of her projects is different and she never tires of experimenting with different materials, colours and styles. However, there is one stylistic device that she never abandons in any of her projects, no matter what sector or country: the round arch. And why is that? Although she has not yet revealed the reason for this publicly, she continually emphasises that people should first and foremost feel comfortable in their interior spaces. 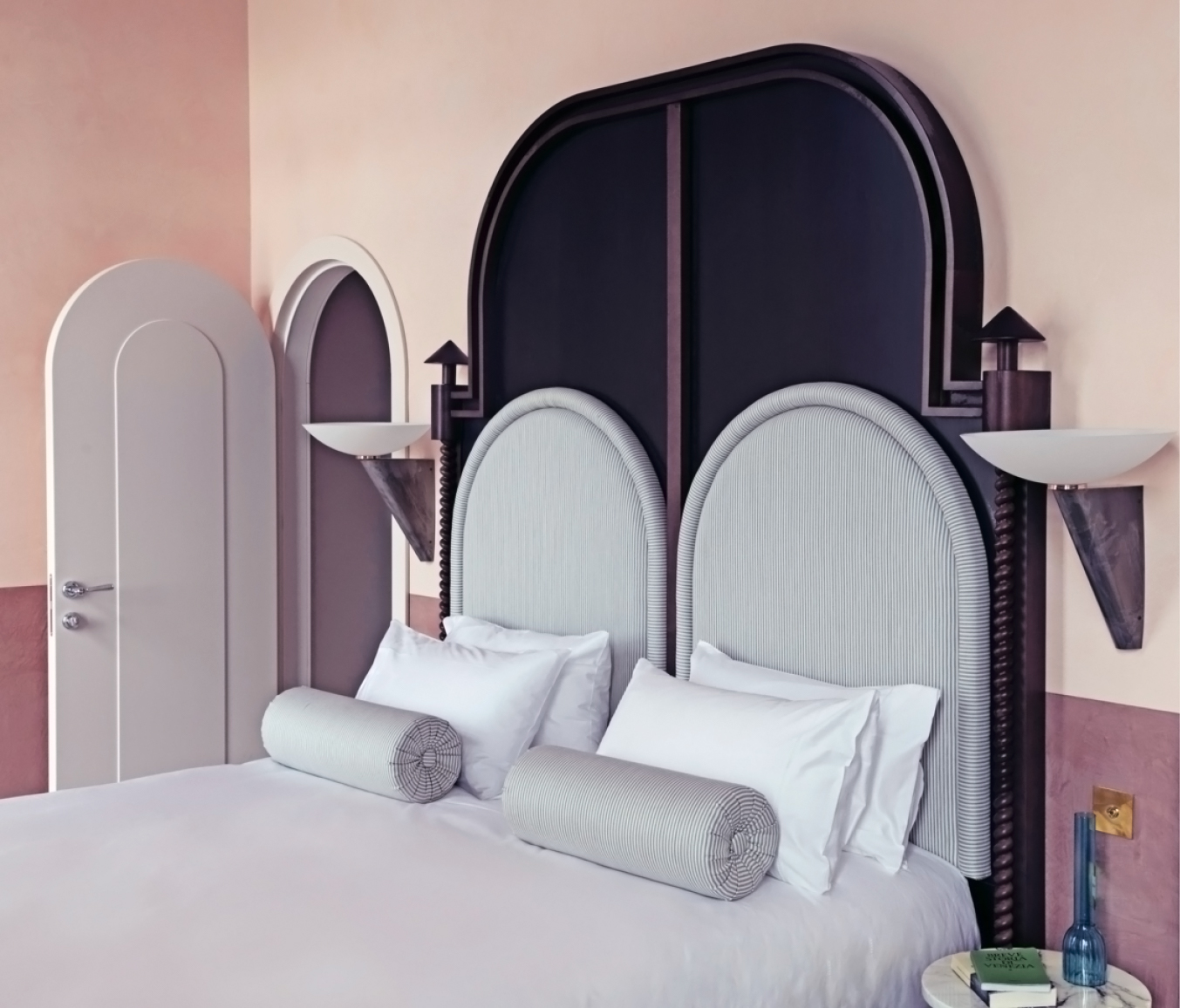 And it’s not just Dorothée Meilichzon who is focusing on the feel-good effect that can be created with arch design: Other international designers and architects are also following her lead. In numerous boutiques, bars, restaurants and hotels, round arches – or often a whole row of arcades – suggest a feeling of security, trust and protection. To make them look particularly modern, they are often used as a contrast to linear forms and loud colours. In other settings, they pay homage to a location’s history: For instance, at the Canadian Kimpton Saint George Hotel, they act as a reminder of the diverse architectural styles of the city of Toronto. 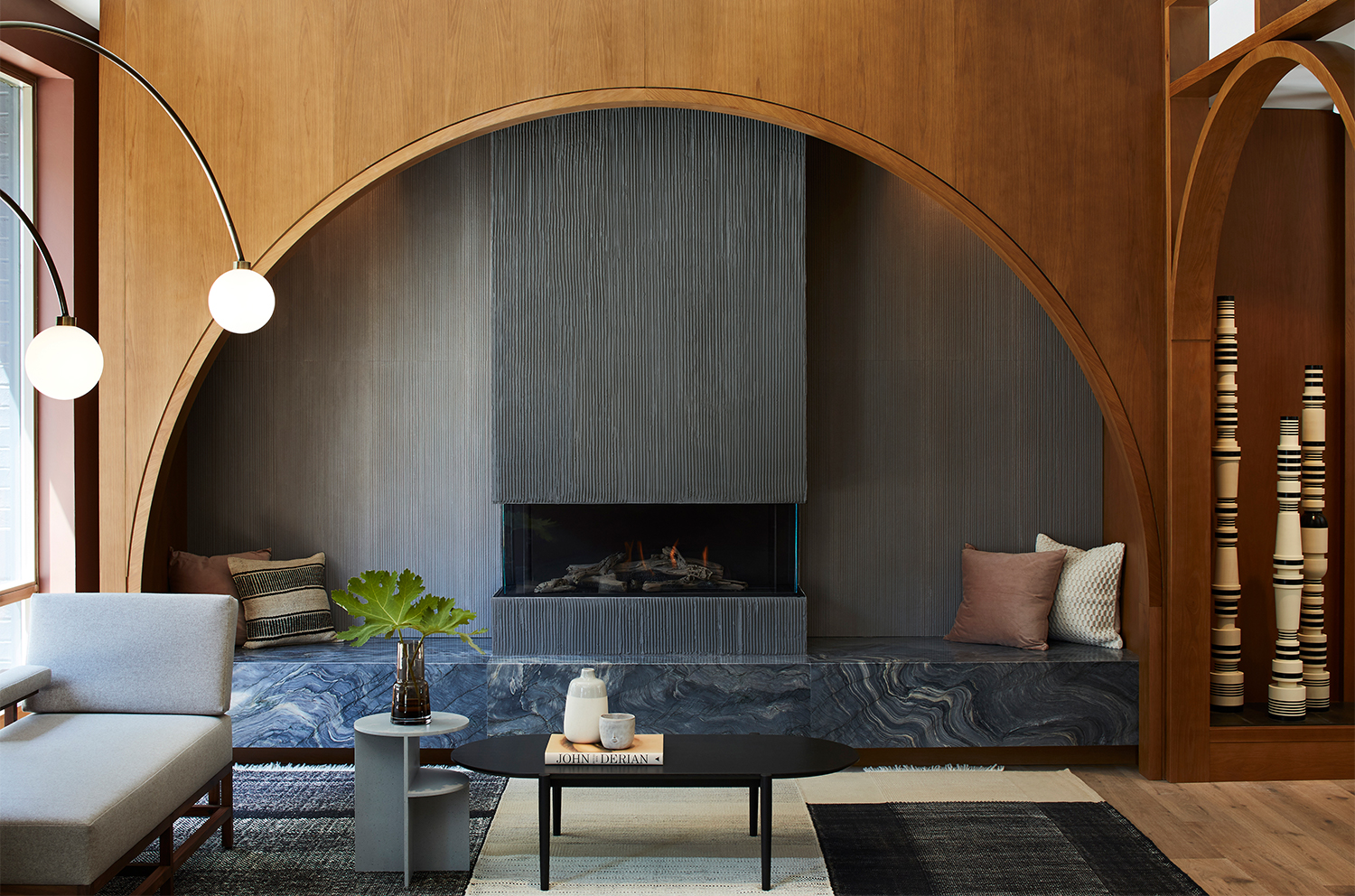 The corrugated look contrasts particularly well with round arches. Its clear structures are harmoniously broken up by the flowing forms of arch design. This combination goes some way to help ditch the old-fashioned and uncool reputation that round arches still carry, at least among some architects and designers. It is also interesting to note that the juxtaposition of round arches and corrugated cladding works equally well with small items of tableware and opulent room dividers. Also, the intensity of one or other element can influence the effect of an object. Where the round arch dominates, the effect tends to be smooth and mellifluous. Where the corrugated look prevails, it appears very modern and rational. 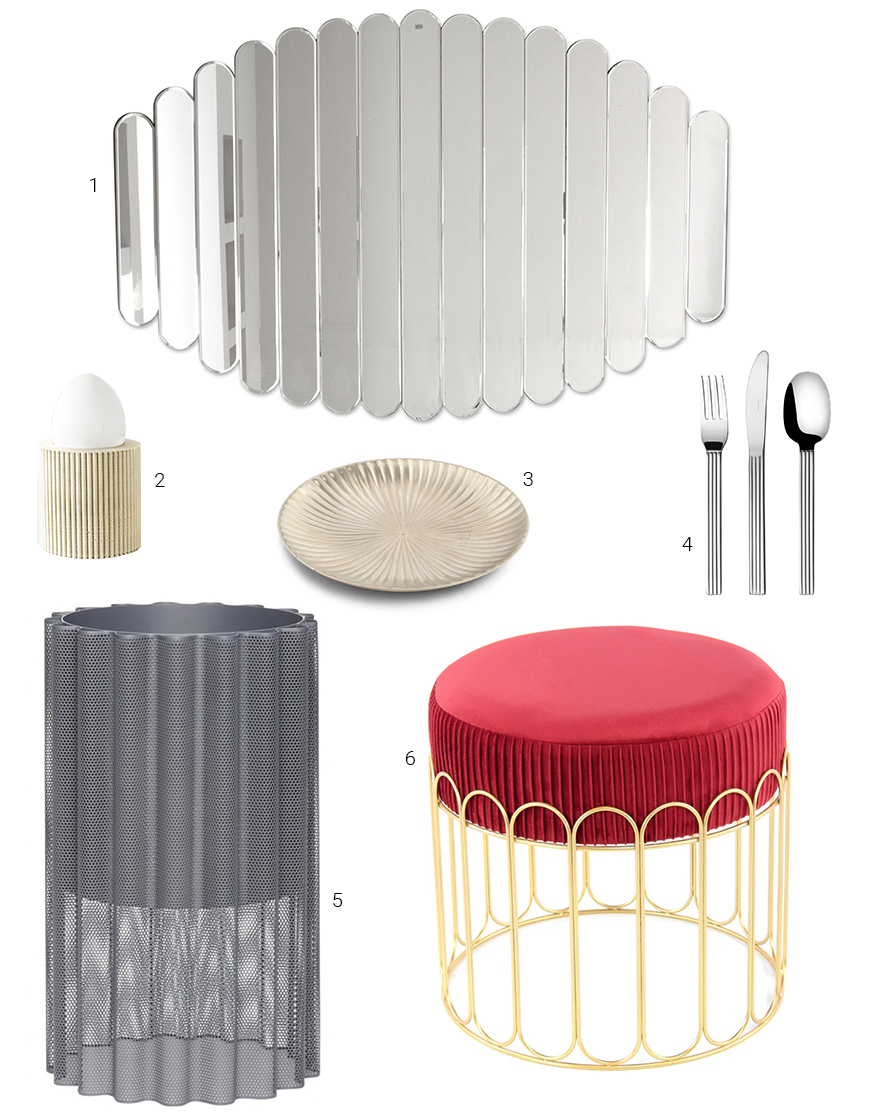 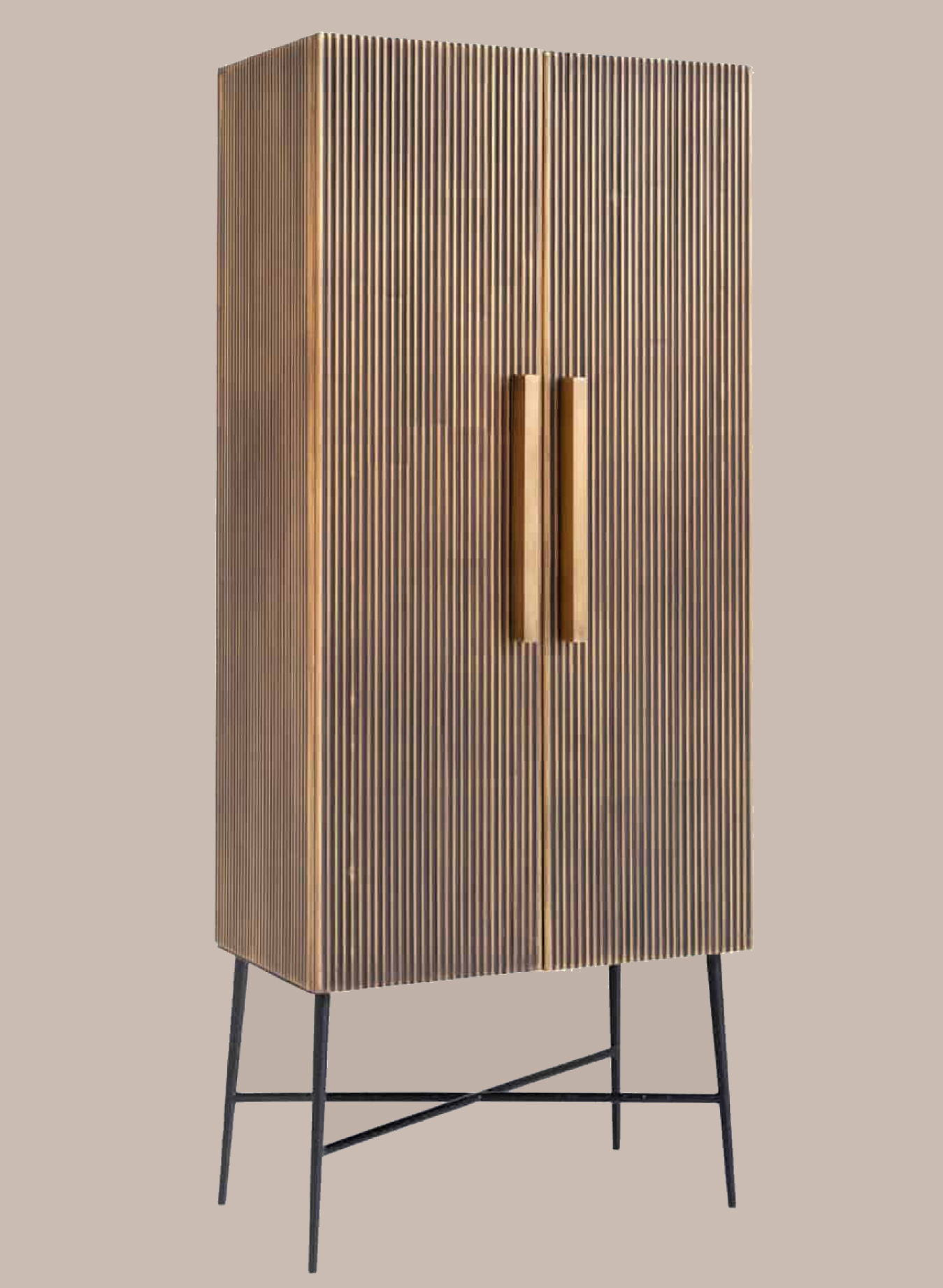 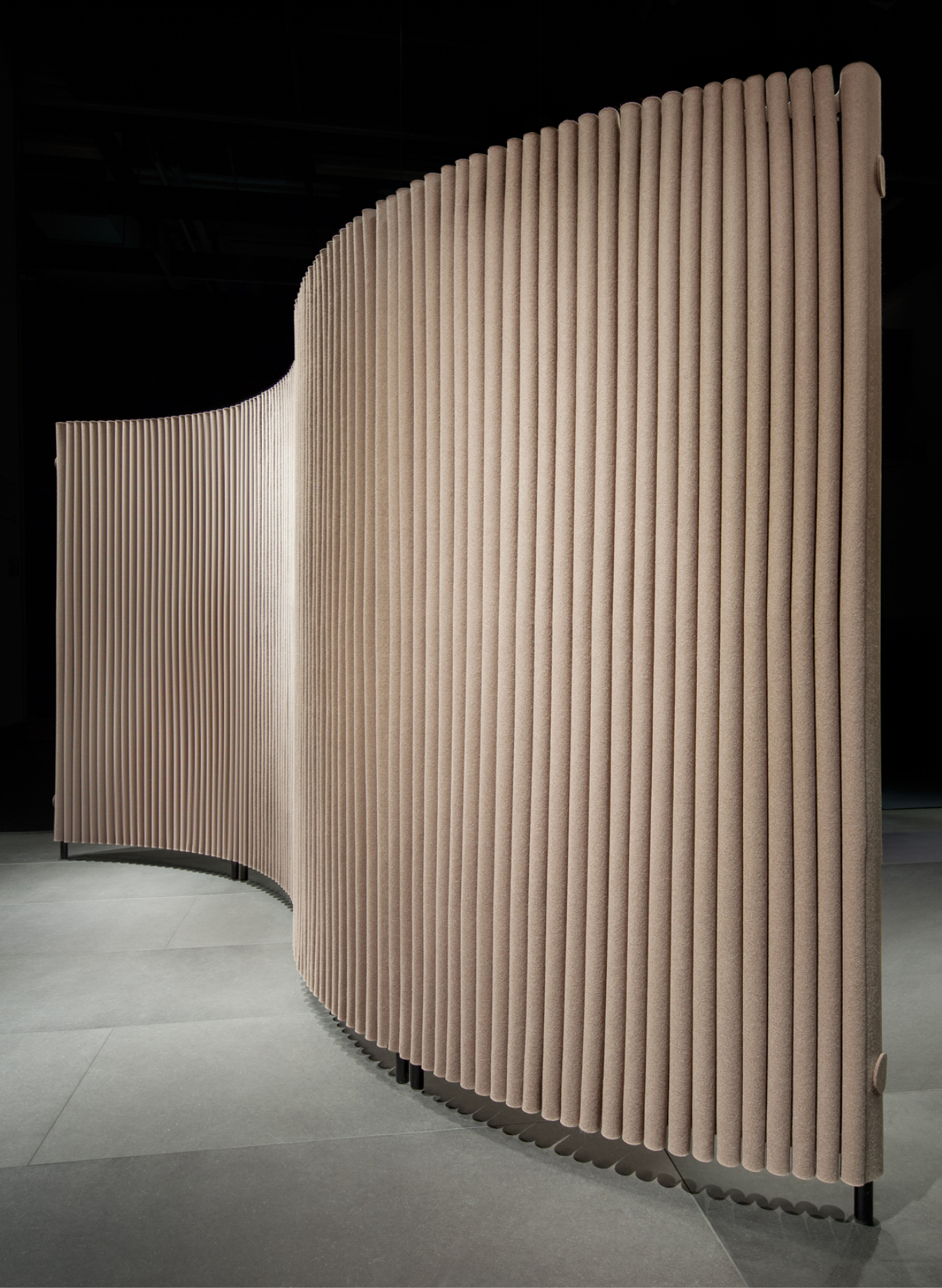 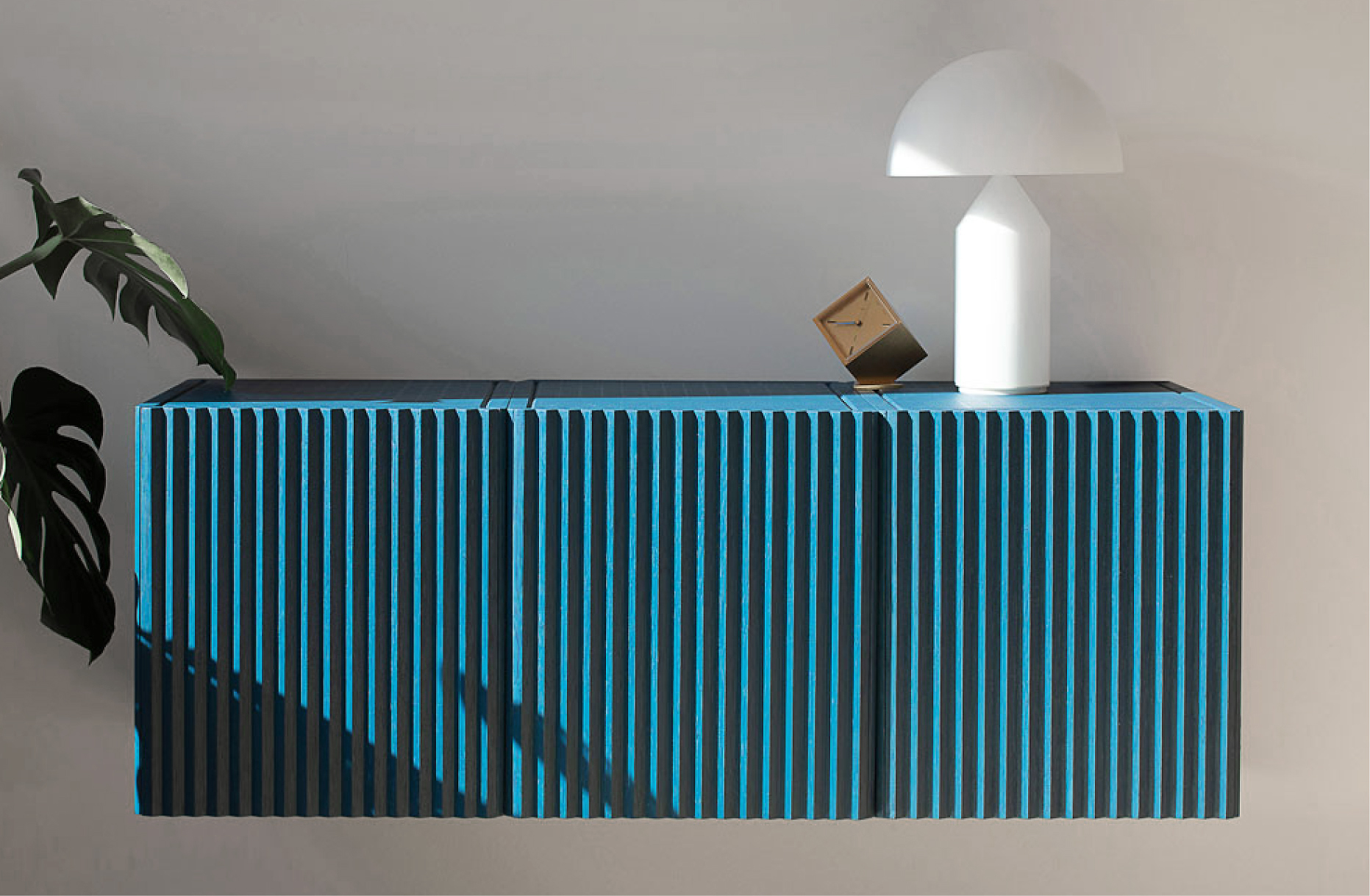 Arch design as a transporter of emotions

Nowadays, round arches are not only appreciated for their versatility and decorative beauty, but also because they can transport emotions. Playful lines on a towel or rug can give a feeling of protection – and in bright colours they radiate a childlike sense of lightness and joy. The arch-shaped Cloud desk tidy from Fundamental Berlin can even add the feel of glamour to the workplace. 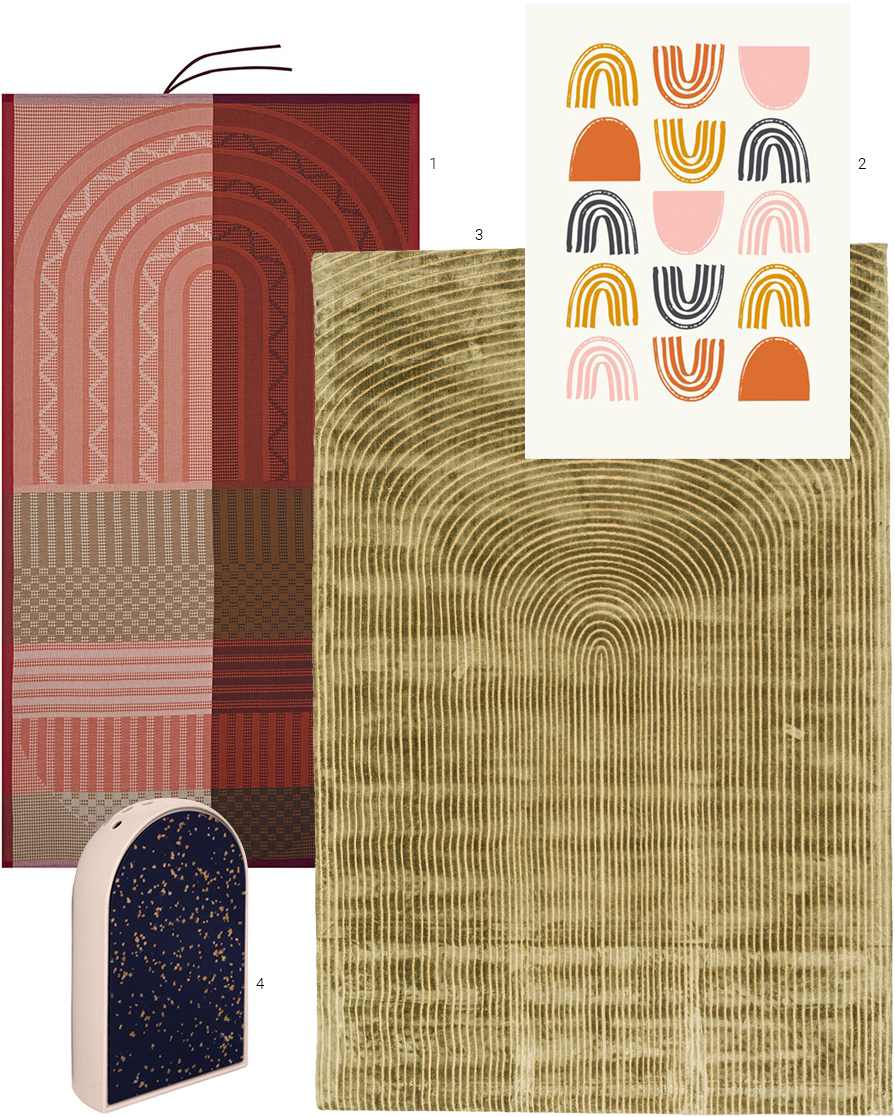 It’s also interesting to see the increasing use of arch design in fashionable and functional accessories for everyday use: The semi-circular shape is ideal for designing handbags, vases or jewellery. Arch design also offers numerous possibilities when it comes to materials and the operation of everyday objects. A fine example is the elegant Tinge Pendant lamp by Jacob Starley. The bulbs hang from the lamp’s filigree metal frame and the light can be dimmed by rotating the glass disc with the help of a brass knob. 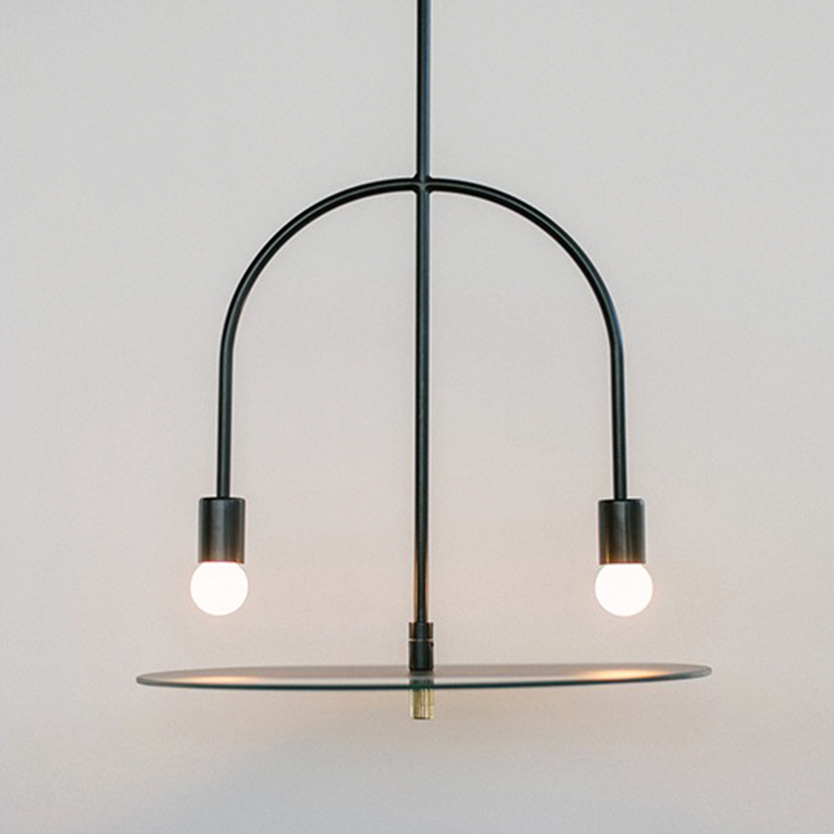 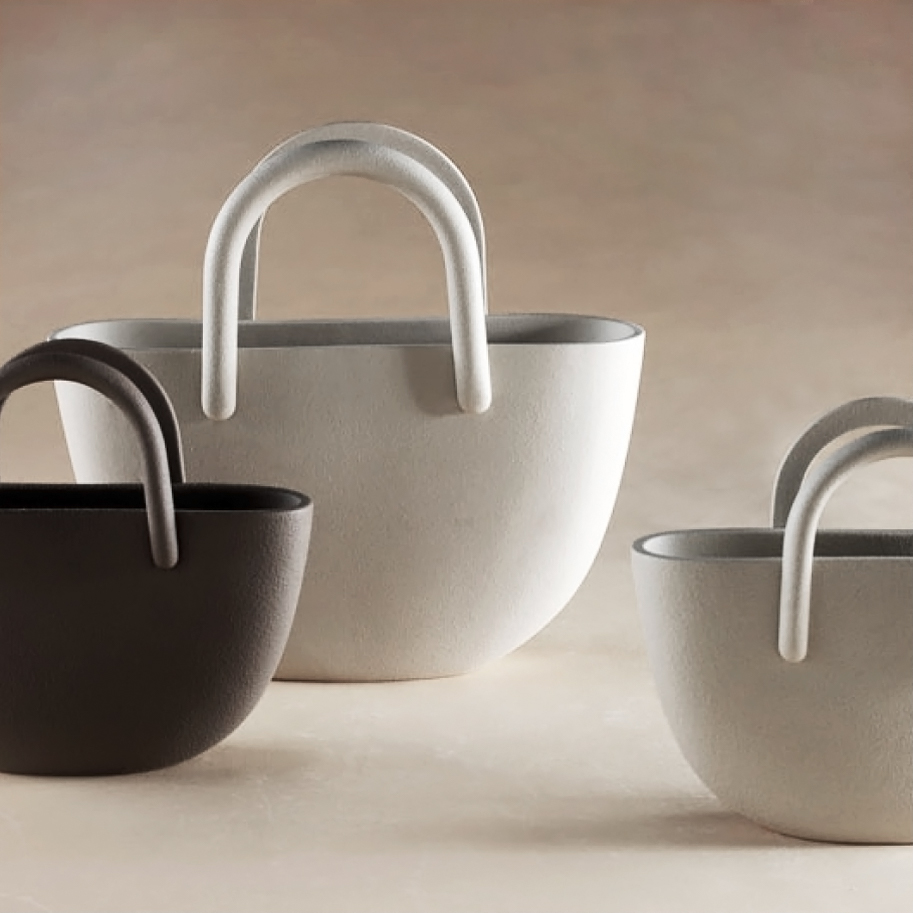 Our conclusion is that although arch design was long considered uncool, unfashionable and ideologically suspect, it was in principle only a matter of time before the round arch found its way back into the world of architecture and design. In retrospect, it is a pity that we have seen this aesthetic and highly versatile basic element of architecture with its thousands of years of tradition so rarely in the recent past. It’s therefore all the better that a long overdue renaissance is now taking place. 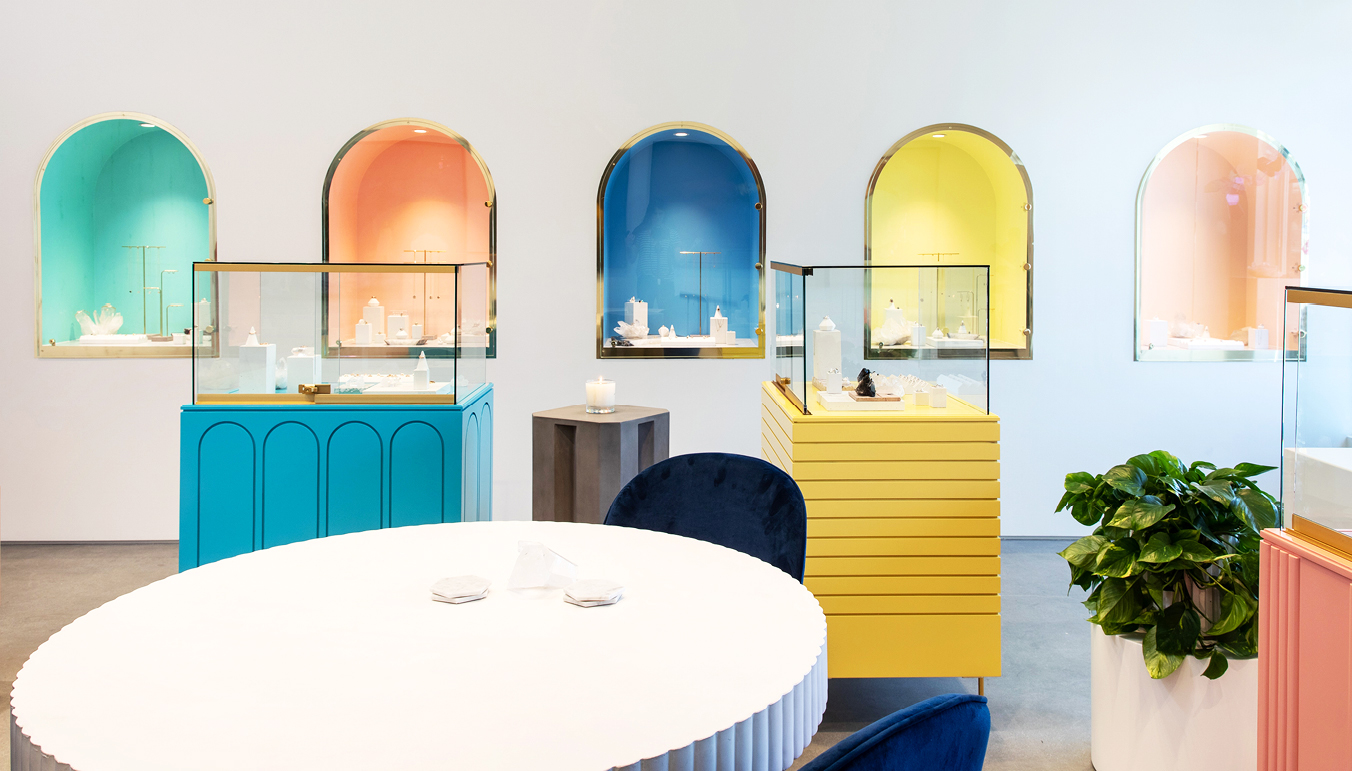 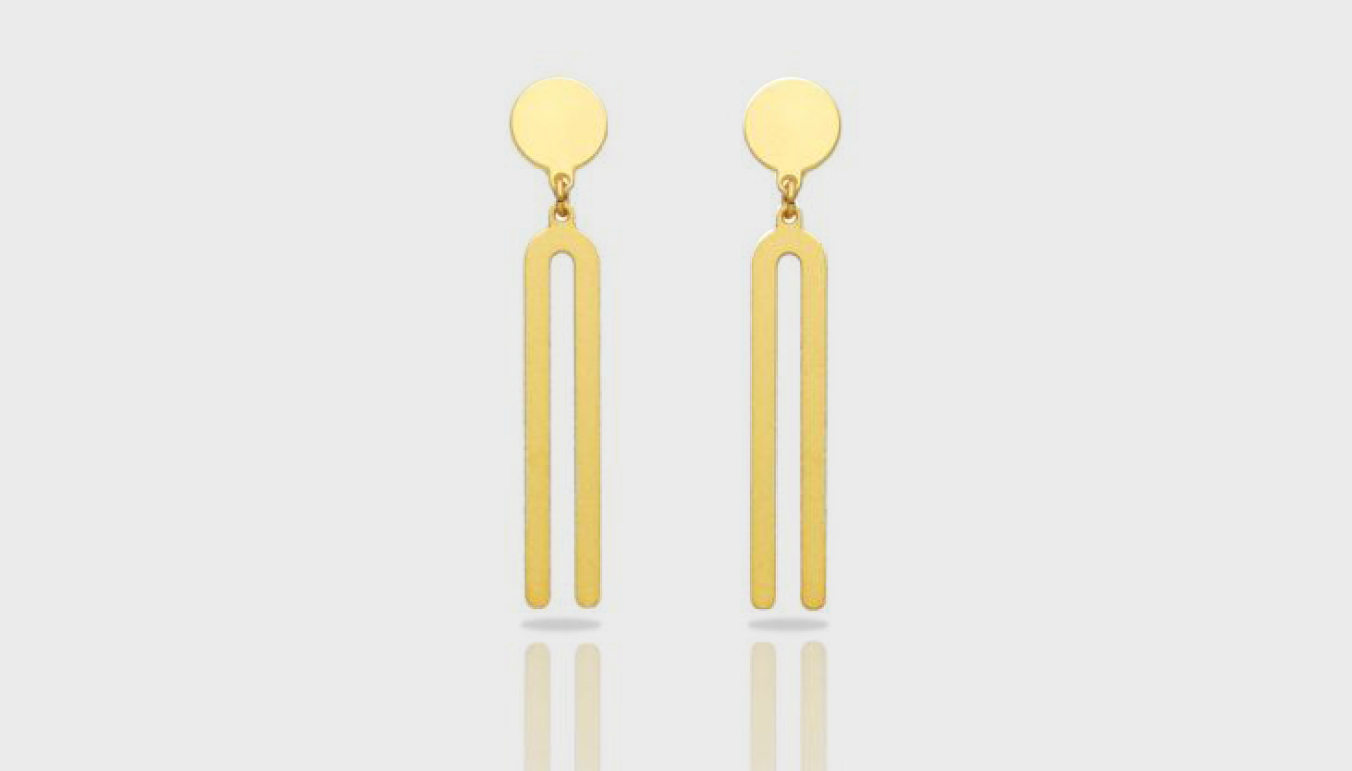 Many Ambiente exhibitors offer their product ranges on Nextrade, the worldwide digital marketplace for suppliers and retailers in the Home & Living sector. Register now free of charge and order directly.
nextrade.market